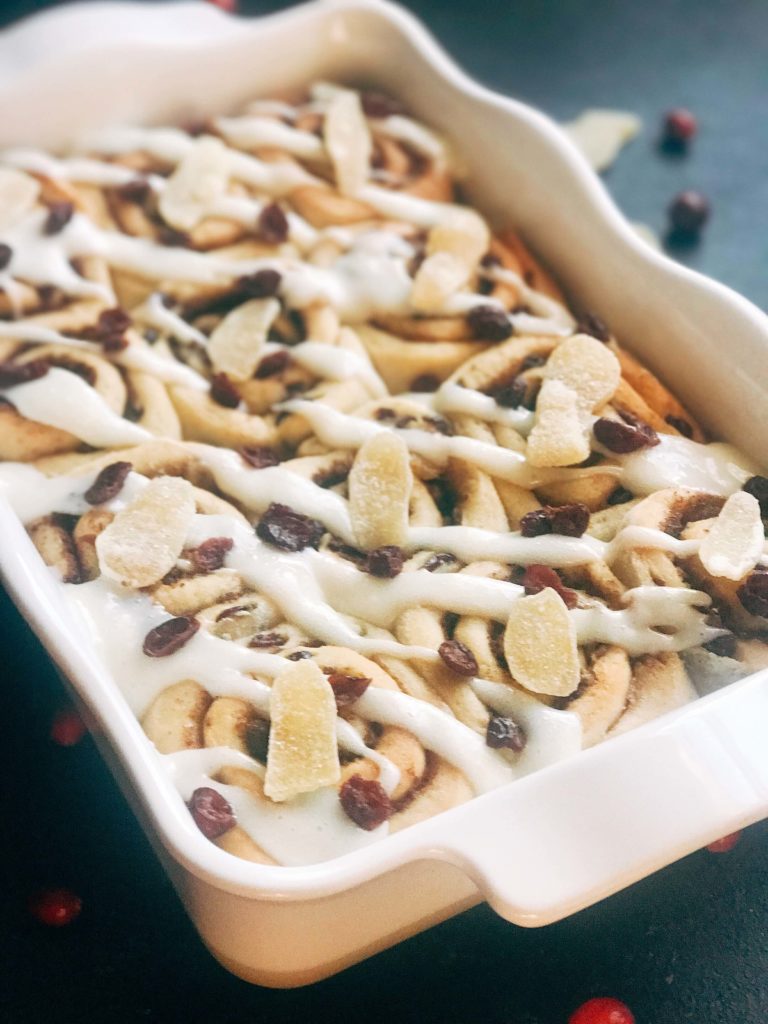 Cranberry Ginger Cinnamon Rolls are a delicious breakfast treat using crystallized or candied ginger with dried cranberries in a cinnamon roll.  A great way to celebrate the holidays or a special breakfast. 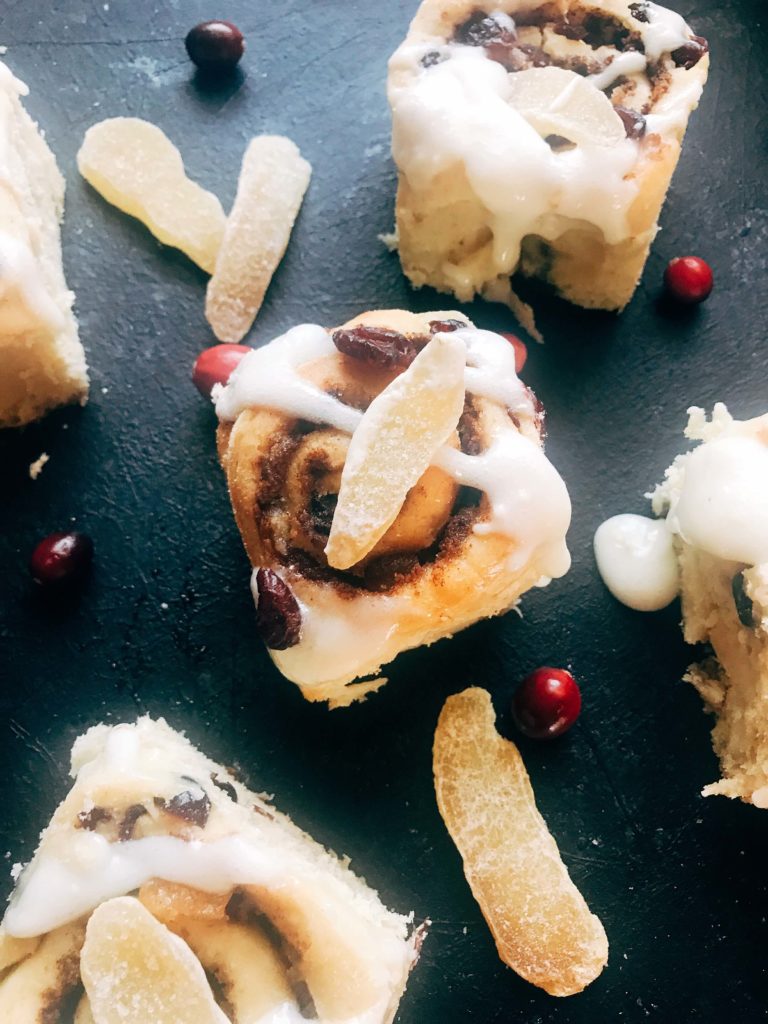 I had every intention of posting this Cranberry Ginger Cinnamon Rolls recipe during the holiday season, because cranberries + ginger = Christmas in my book.  But….that did not happen.  The holidays were crazy this year, more than usual.  I did finally manage to make them just in time for Christmas (but not in time to post them) and they are AMAZING.  Seriously one of my absolute favorite rolls, probably only second to the classic and traditional cinnamon roll.  And even though these have a heavy holiday vibe to them, I will absolutely be making them all year! 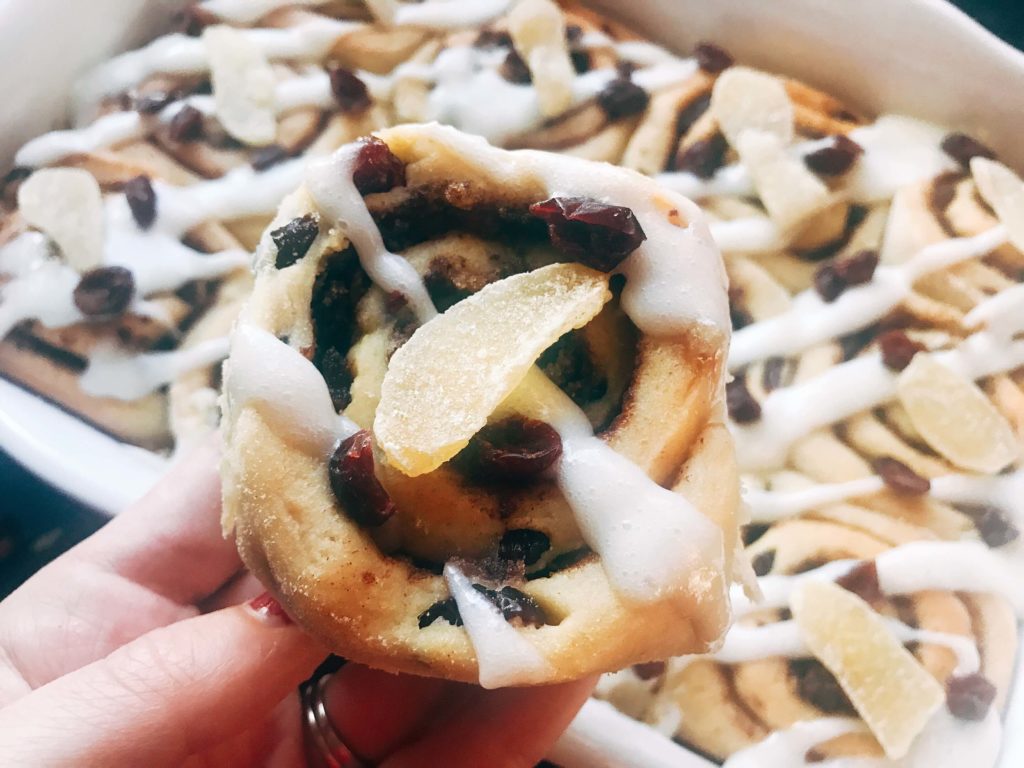 I am not really a breakfast person.  Give me leftovers or dinner food in the morning and I am good to go.  But homemade cinnamon rolls are something that I will absolutely eat any morning.  We have a tradition in our house that I make at least one version of cinnamon rolls for every holiday.  Homemade cinnamon rolls do take some time to make, but they are completely worth it.  The trick with these is making them the day or night before.  This way, you do not have to wake up in the middle of the night to get these going. 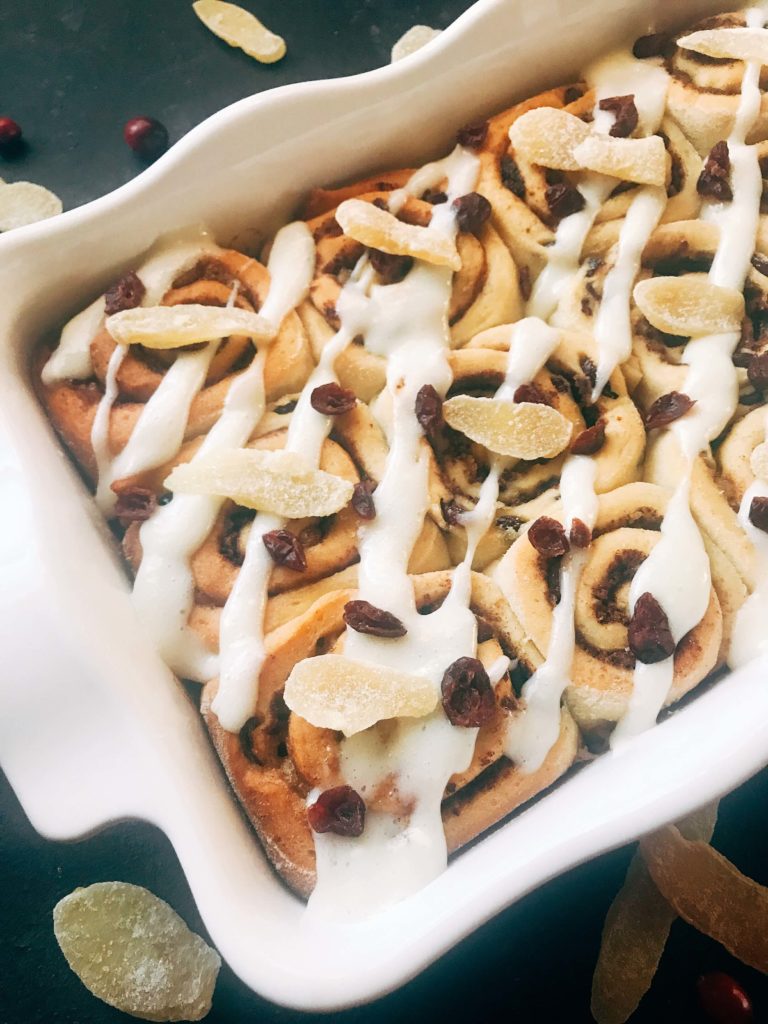 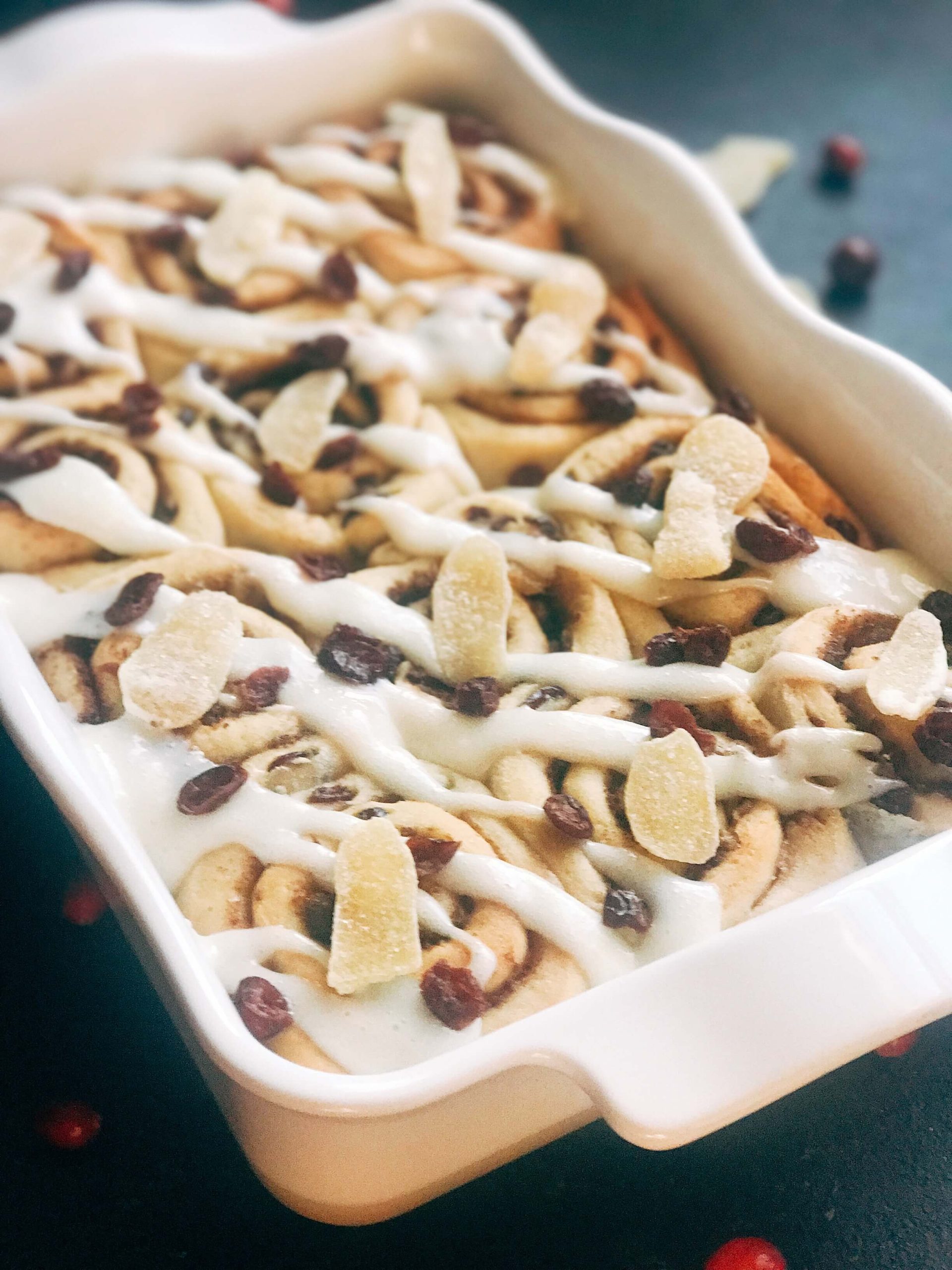 Make these rolls the day before for a quick breakfast.  Just heat each roll for a approximately 15 seconds in the microwave for a warm treat. I get my candied ginger from the bulk bins at my local grocery store or you can get it online.
Tried this recipe?Mention @threeolivesbranch or tag #threeolivesbranch!
10 shares
By Kim on January 15th, 2018