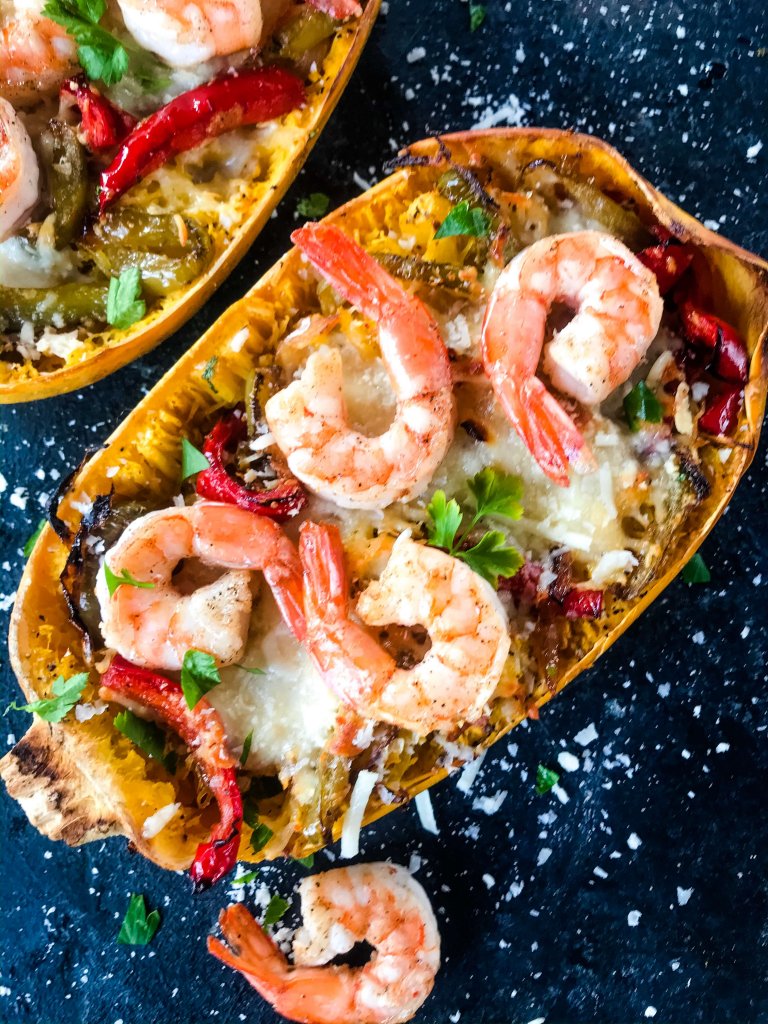 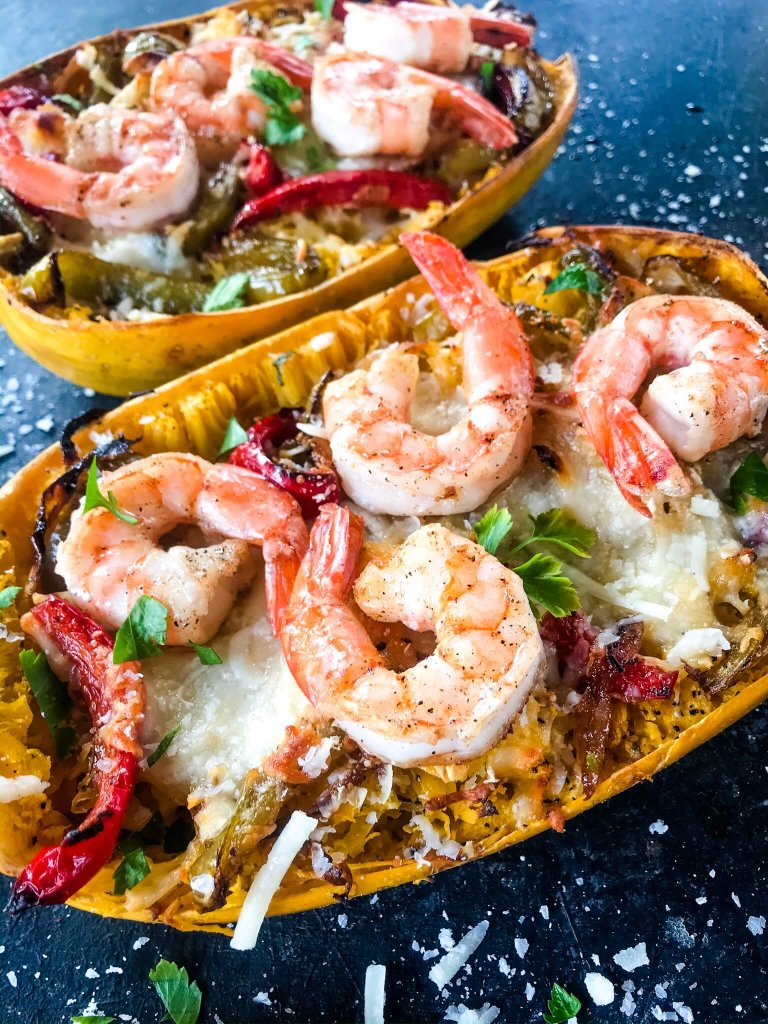 Keto Low Carb Shrimp Scampi Spaghetti Squash is inspired by the relatively common scampi pasta dish that you see rather often in Italian restaurants.  Served with chicken or shrimp, it often comes with pasta.  Scampi sauces are full of butter, garlic, and some wine.  It makes a delicious, bright sauce that pairs so well with the shrimp and veggies.  I love it when my scampi has peppers and onions, but you could use any veggies you like or have, or skip them altogether.

I was very skeptical of spaghetti squash, being quite the pasta lover.  Pasta is seriously one of my favorite foods.  And any type of stuffed spaghetti squash is going to be different, so the key is not thinking of it as a pasta option, but as something completely different altogether.  Then you aren’t disappointed in not getting a pasta fix.  That’s what has worked for me, at least.  So now I make it its own food type in my head when I am thinking of what to cook.  The stuffed spaghetti squash is also very filling, even more so than pasta.  Just 1/4 of this recipe is more than enough to make me full, so it goes a long way.  Find more spaghetti squash recipes here! 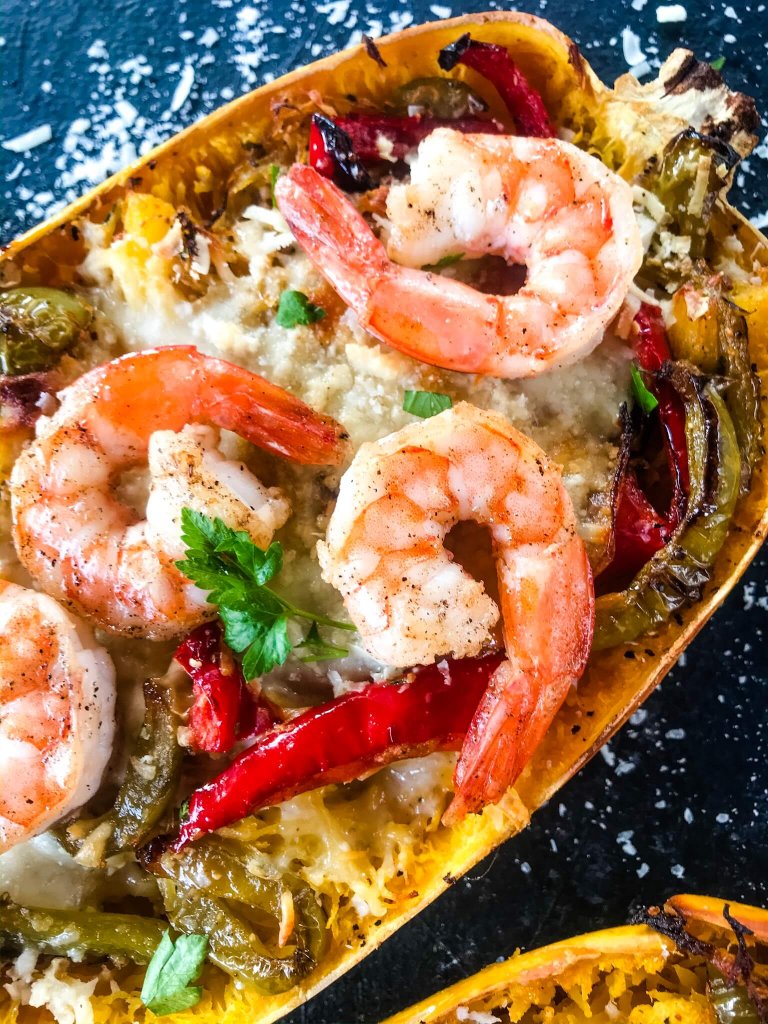 You could also sub out the shrimp in this Keto Low Carb Shrimp Scampi Spaghetti Squash for any leftover chicken that you have.  Since chicken is not as delicate as shrimp, it could be mixed in before the final step in the oven.  If you use shrimp, just add them on top (or bury them inside) after the final baking.  Since shrimp cooks so fast, they will become very rubbery and overdone if they go back in the oven.  And adding them raw means you don’t know if they are cooked through. 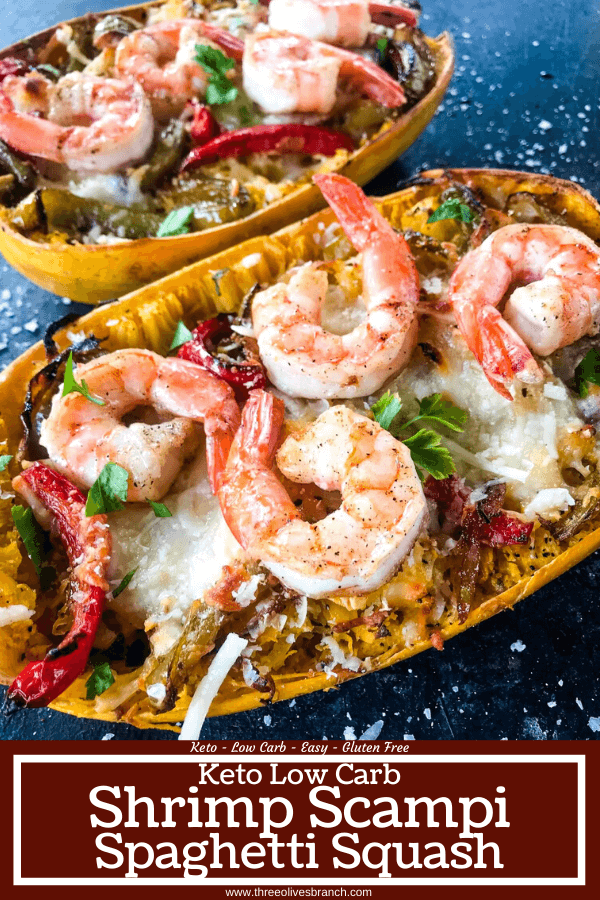 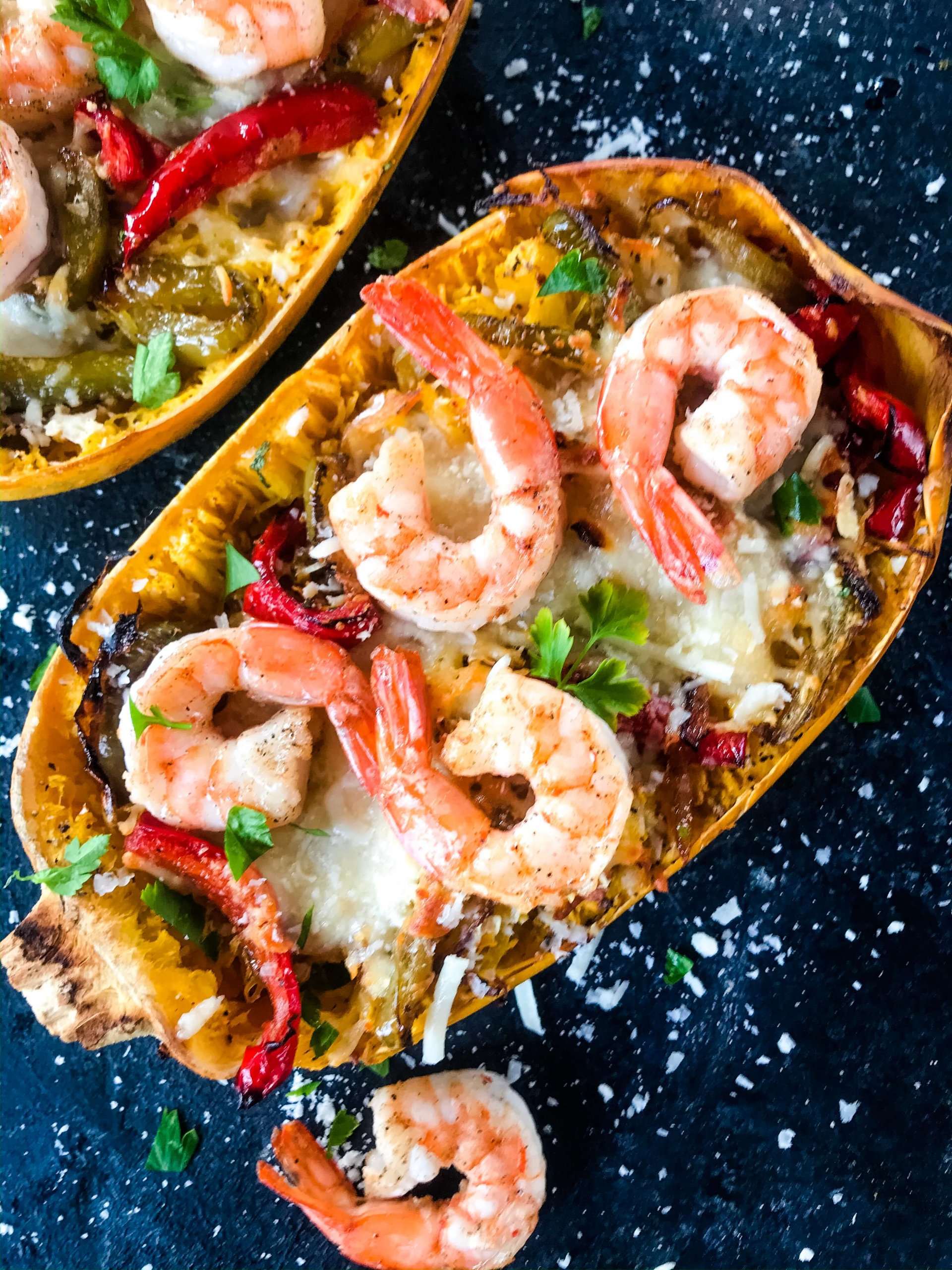 Use more or less shrimp as desired. I like to use jumbo shrimp but any size will work here.  You can also substitute chicken in place of the shrimp. If you want it really saucy, either double up the sauce recipe or add a cup of chicken or vegetable stock when you add the wine.