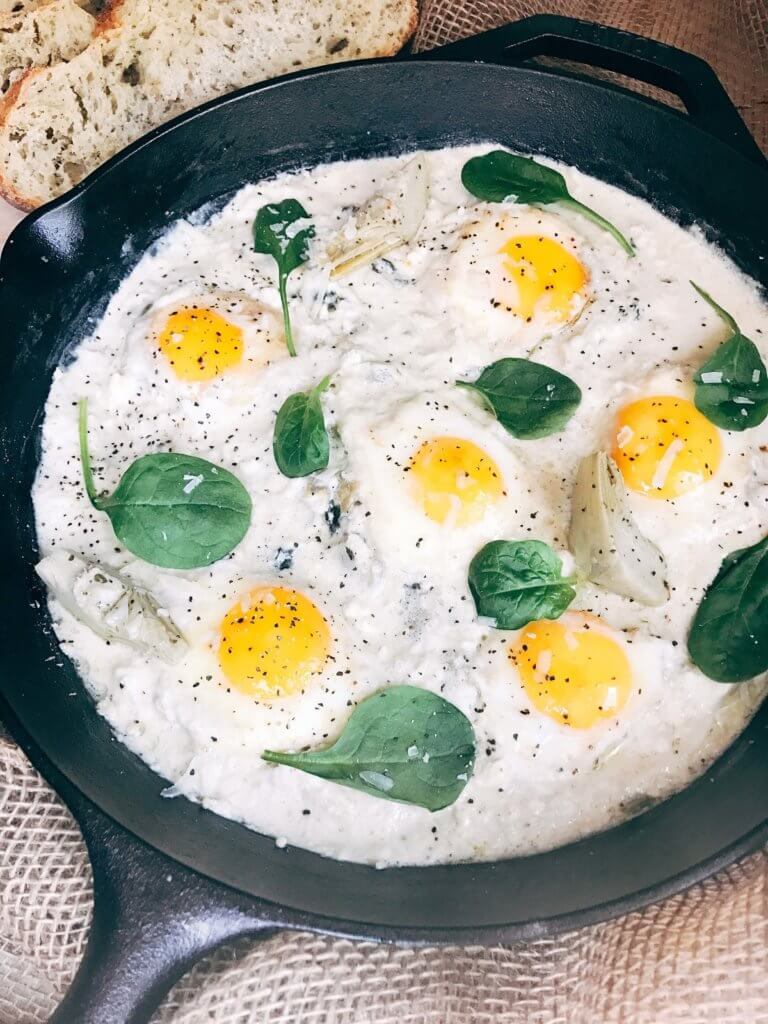 I had been thinking about making shakshuka for a while, and after I made my first one I was hooked!  There are so many different flavor combinations I have thought up now, be sure to stop by later as I get more posted!  I have also been on a spinach and artichoke kick lately (Spinach Artichoke Pesto Pasta, anyone?) and so this Spinach Artichoke Shakshuka seemed like a natural next step.  Shakshuka is traditionally a tomato based sauce and originated near Northern Africa/Middle East (there are debates about this) and is also commonly called Eggs in Purgatory.  But I like “shakshuka” as it is fun to say 🙂 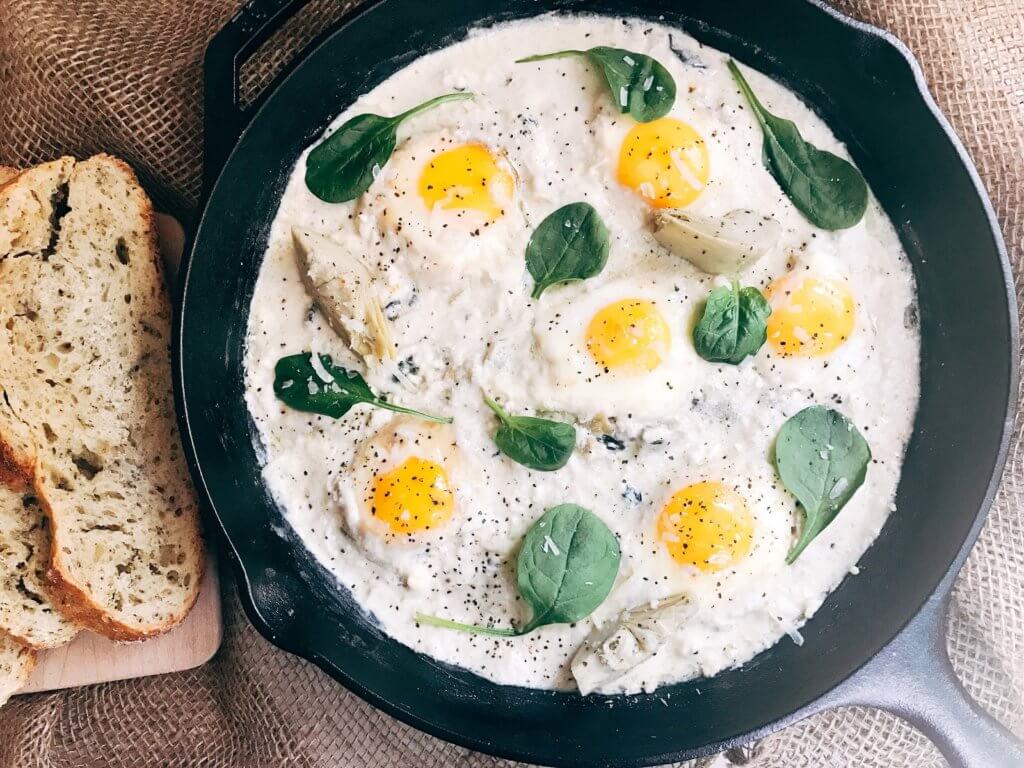 I’m in love with the concept of shakshuka because you can eat it any time of day and it completely makes sense.  Breakfast, brunch, lunch, dinner, snack, it all works.  This Spinach Artichoke Shakshuka is a twist on spinach artichoke dip with a creamy, cheesy sauce.  You can easily throw some ground sausage, diced chicken, or sliced ham in if you need a meat fix, but we have found it is filling and satisfying all on its own as a vegetarian dish.

So when I was making this, I noticed that most recipes say to just cover the skillet with a lid to cook the eggs in just a few minutes.  But this made the yolks disappear under the white (not as pretty).  I also tried it in the oven, and the same thing happened.  Heat coming from the top made the white that covers the yolk cook, letting the egg essentially disappear and just look like a white blob.  So if you want to keep the yolk visible like in the pictures, it will take a little longer to cook.  Leave the skillet on the stove top and just cook until the egg white is done to your liking.  No lid, no other trick, just let it sit.  We went for over medium (runny yolk, cooked white) and it took about 12 minutes.  You will also need to add additional milk to the sauce because with the longer cooking time, it will get thicker.  Add more as needed while it is cooking. 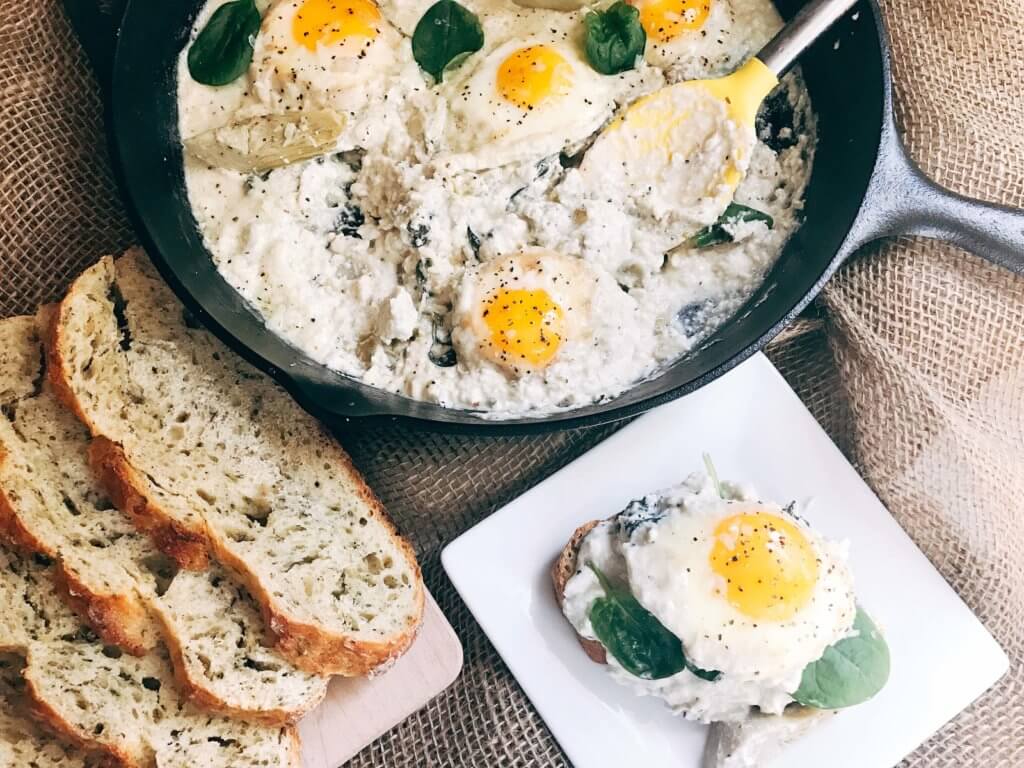 But if you are going for speed, or you do not care if you see the yellow yolk, just cover the skillet and cook until the eggs are done to your liking.  For over medium this only took about 4 minutes for me, but your stove will cook differently.  You can tell if the white is cooked or not by poking it with your finger.  If it feels firm, it is cooked.  If it wiggles or moves, it is not. 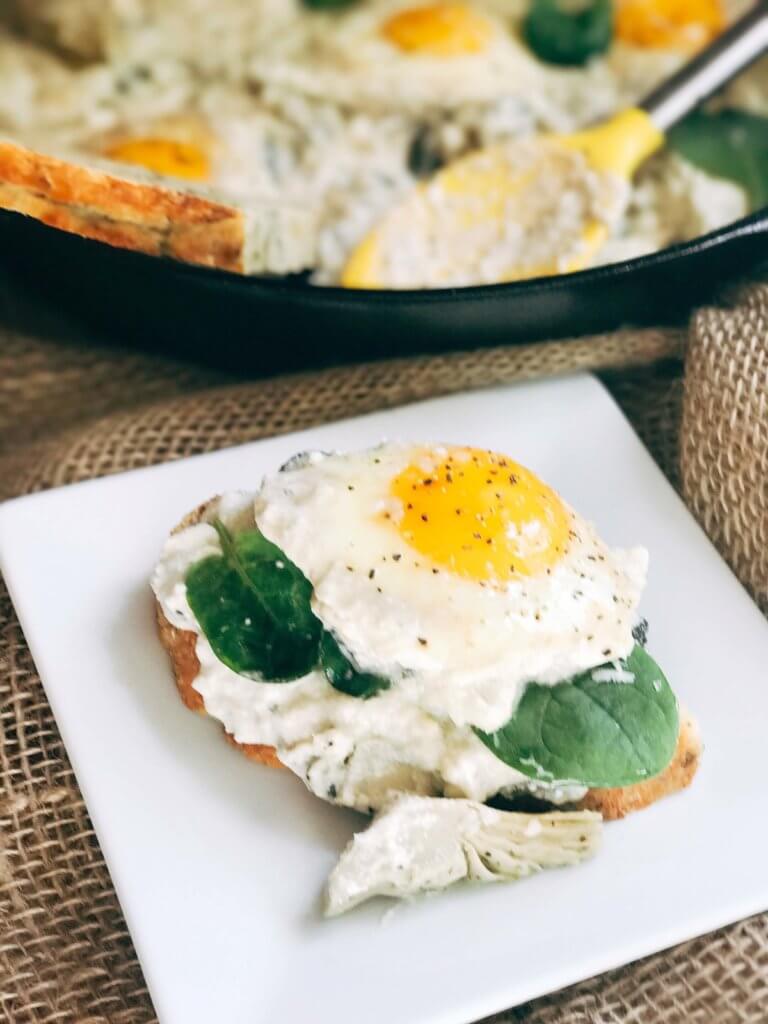 My favorite way to eat Spinach Artichoke Shakshuka has been on a slice of really great bread.  You could also use English muffins, pasta, salads, or anything else you want to!  Two eggs per person is a good sized portion, so you can add as many or few eggs as you want to the skillet. 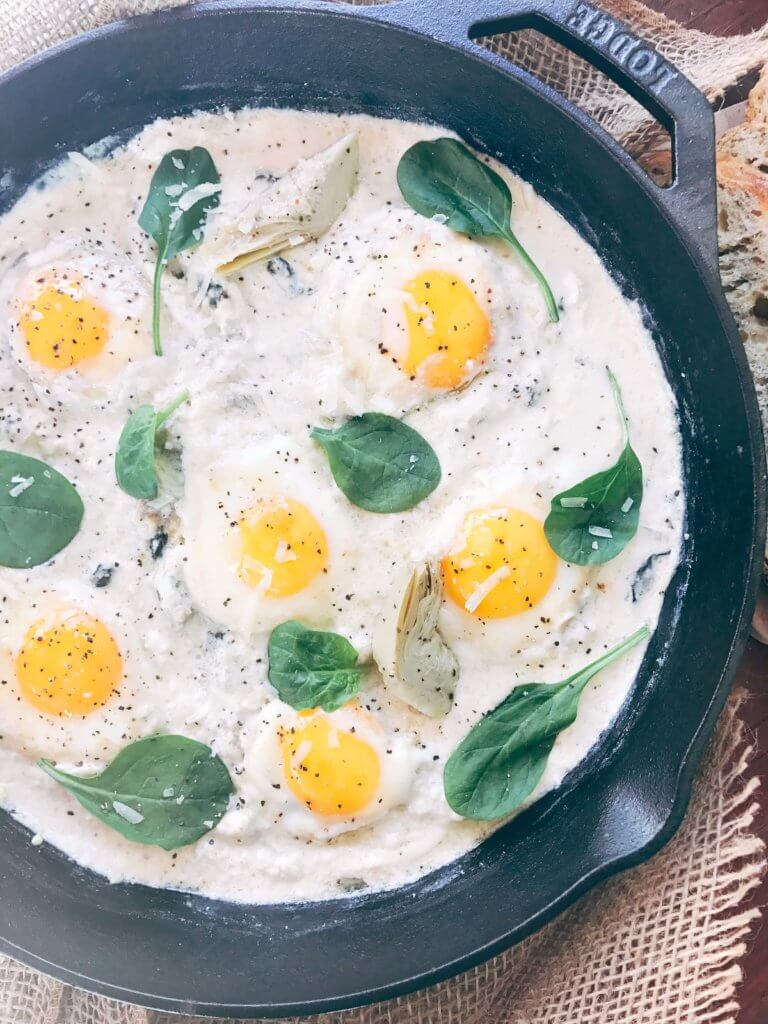 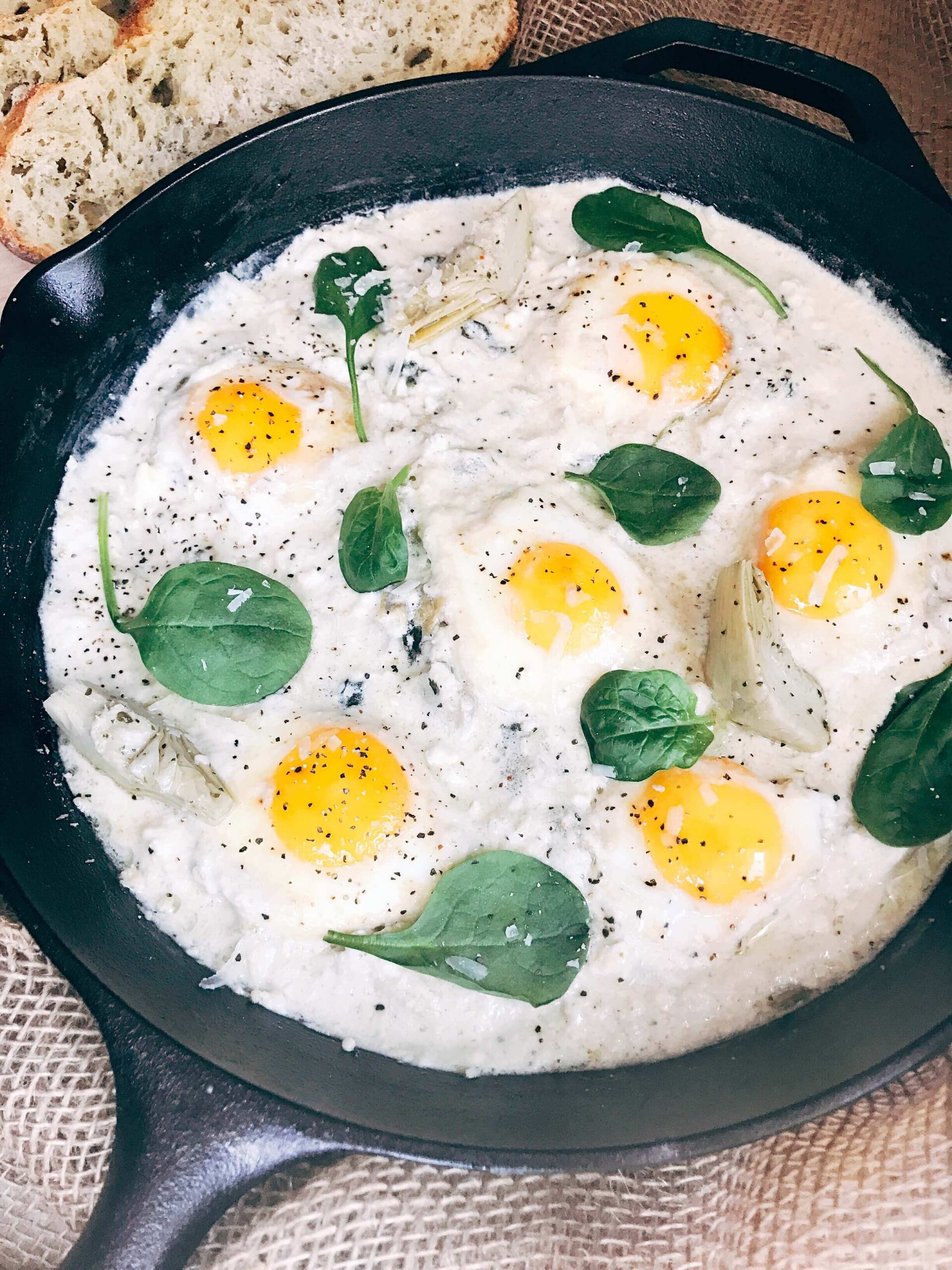 If you are using frozen artichoke hearts or spinach, make sure they are thawed and drained before using.  For spinach, you will only need approximately 1/2 cup of packed, frozen spinach. Use how ever many eggs that you want! 2 per person is a good number, or 3 for those that eat a lot.  Think about what else you are serving it with as a guide for how many eggs you need.
Tried this recipe?Mention @threeolivesbranch or tag #threeolivesbranch!
2 shares
By Kim on March 15th, 2017