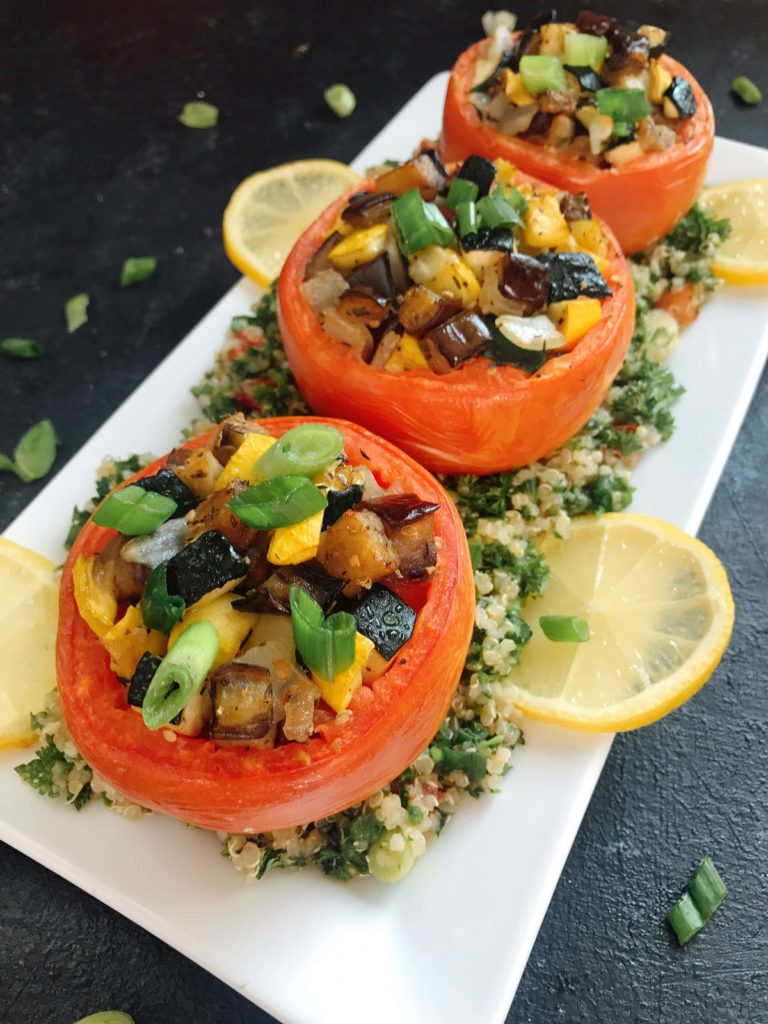 These Vegan Ratatouille Stuffed Tomatoes are a healthy and filling meal option.  Large beefsteak tomatoes are stuffed with eggplant, squash, and onions for a twist on a classic dish. 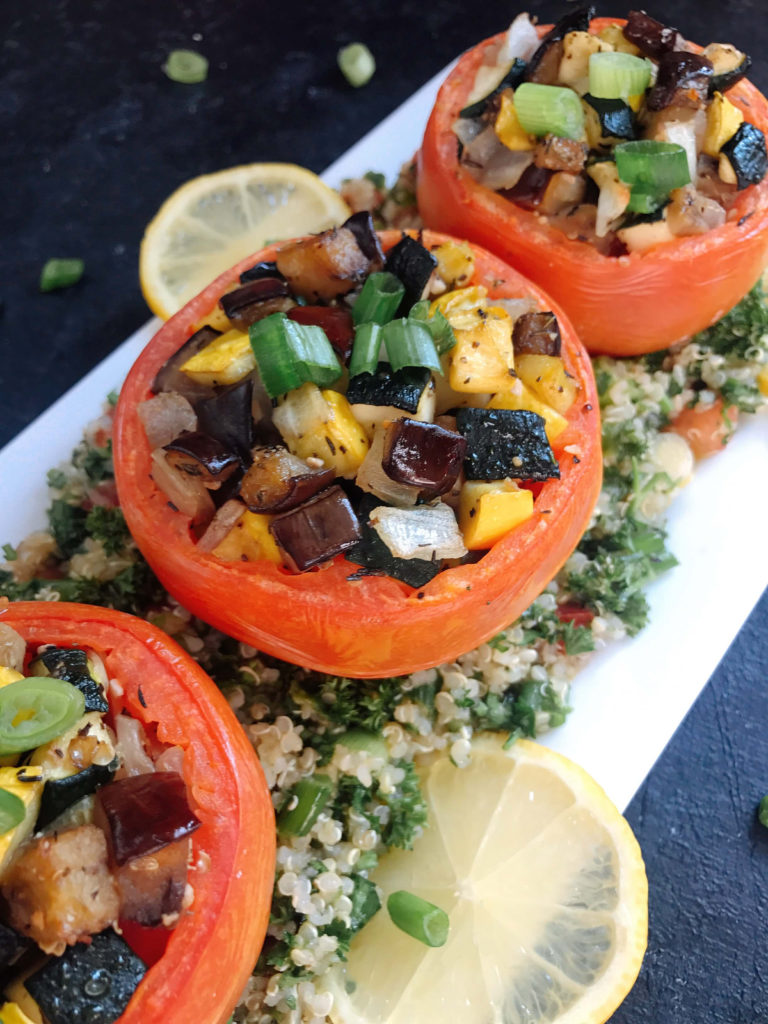 Ratatouille is French and has a few different variations.  Typically it contains tomatoes, onion, eggplant, and squash.  Most of the time I see ratatouille either layered in slices like a sideways scalloped potato, or simply chopped up and cooked together.  Since tomatoes are pretty typical in ratatouille, I figured it would be fun to make a stuffed tomato version!

These Vegan Ratatouille Stuffed Tomatoes are a great healthy meal.  They are also gluten free (GF), Whole 30, low carb keto, and Paleo.  I like to serve them with my Vegan Quinoa Tabbouleh for a fresh and healthy side.  You can use any combination of the eggplant, zucchini, and yellow squash as you prefer.  I tend to go heavier on the zucchini, but this recipe starts with a balance of each. 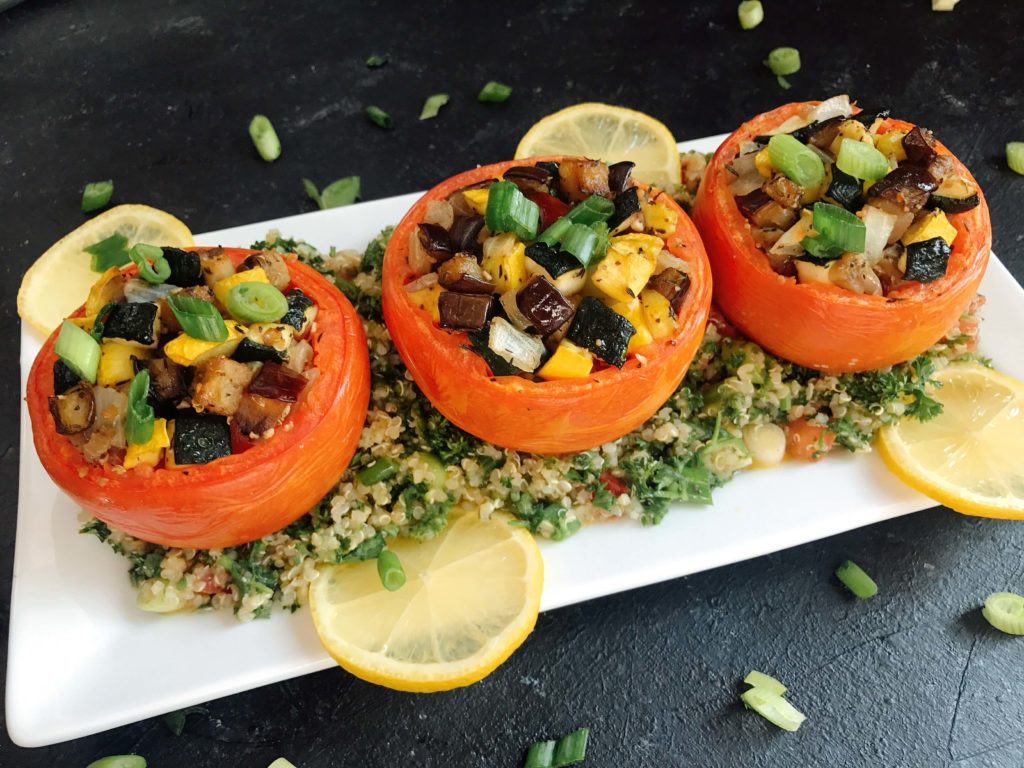 Vegan Ratatouille Stuffed Tomatoes are made by first scooping out the inside of large tomatoes and letting them drain.  This prevents them from getting too soggy and soft later on.  Meanwhile, the ratatouille filling is sauteed.  When the tomatoes have drained, they are stuffed with the mixture and baked for 20-25 minutes.  These tomatoes are sitting on a beg of Vegan Quinoa Tabbouleh, which is the perfect side for this dish!  The tabbouleh is full of bright and fresh flavors.  Grab the recipe for this Vegan Quinoa Tabbouleh here! 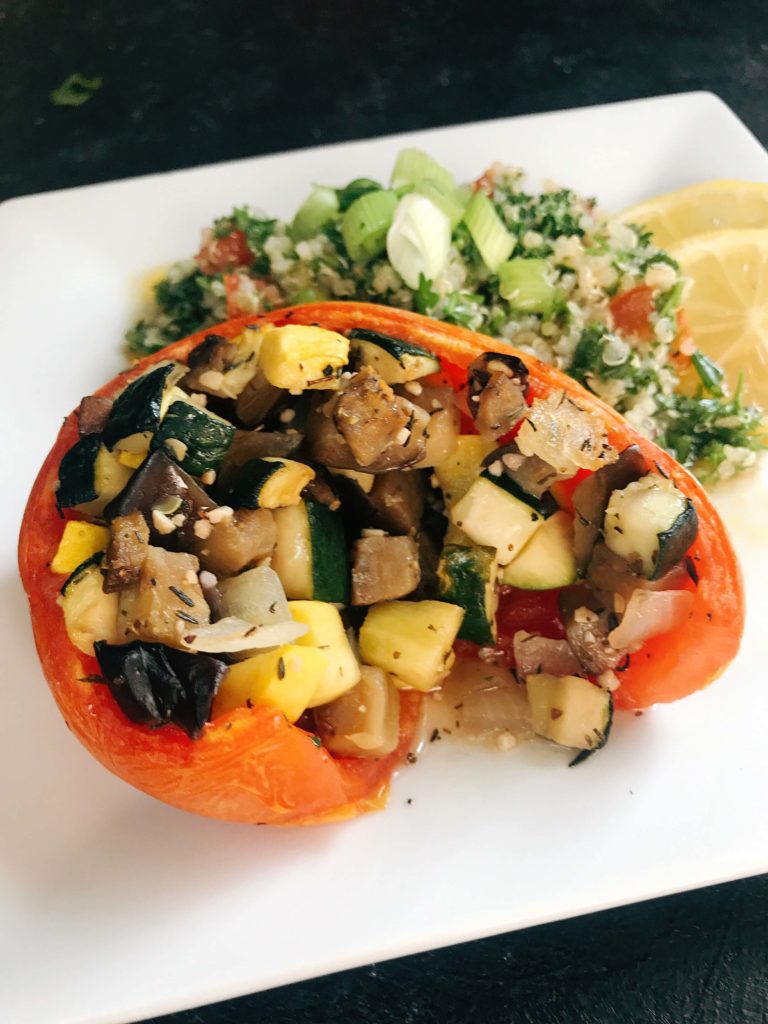 The Vegan Ratatouille Stuffed Tomatoes are so hearty and filling, especially with the Vegan Quinoa Tabbouleh, that even meat eaters will be satisfied!

Have you ever had ratatouille before?  It is not very common to find, whether in restaurants or homes, but is a classic combination of flavors.  This healthy and unique spin is a great way to start the New Year off right! 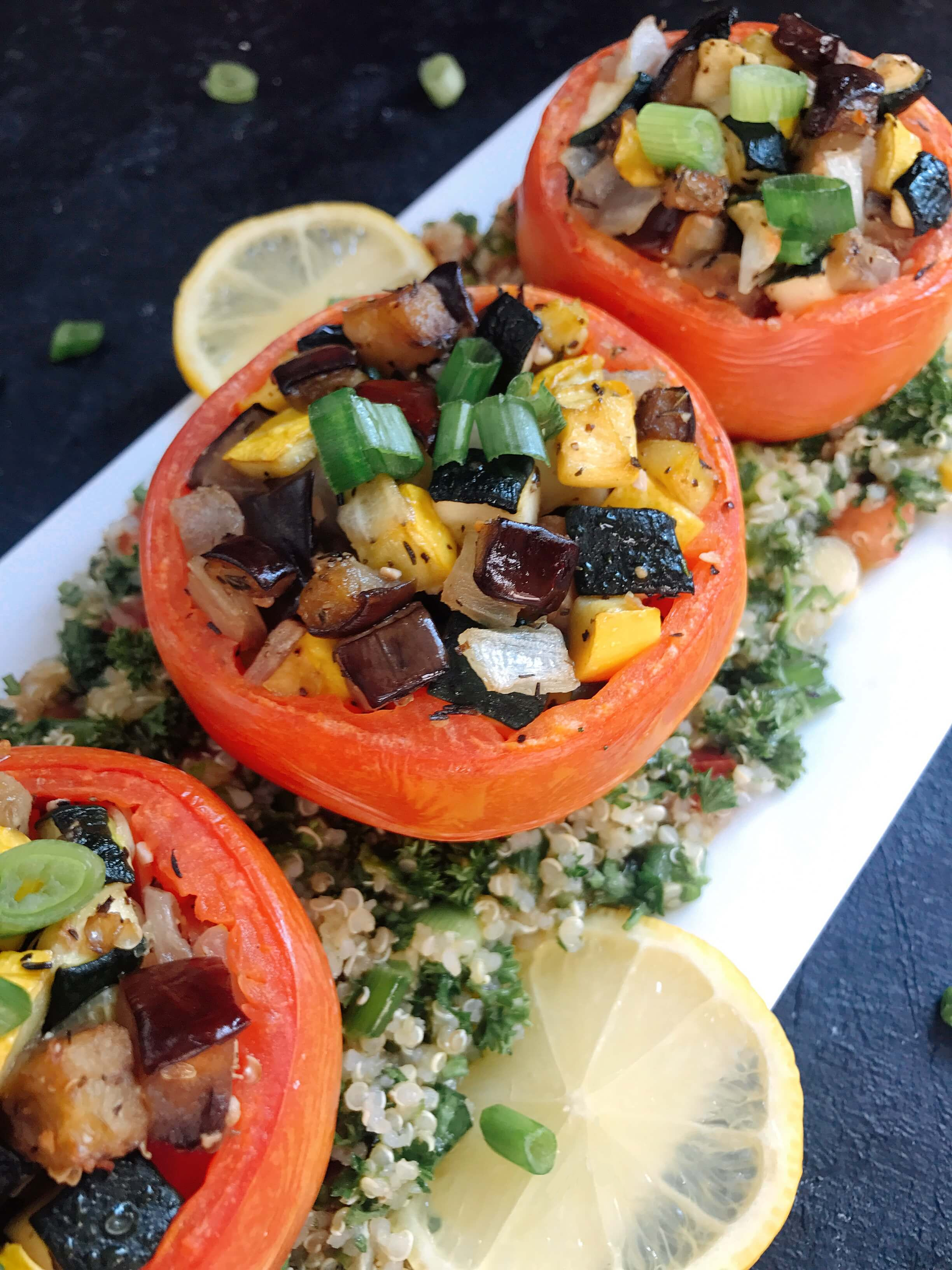 Aim for a total of one pound in weight between the eggplant, zucchini, and yellow squash.  Use any ratio you would like. The exact amount of filling you need will vary with the size of your tomatoes. Grab the recipe for the Vegan Quinoa Tabbouleh here!