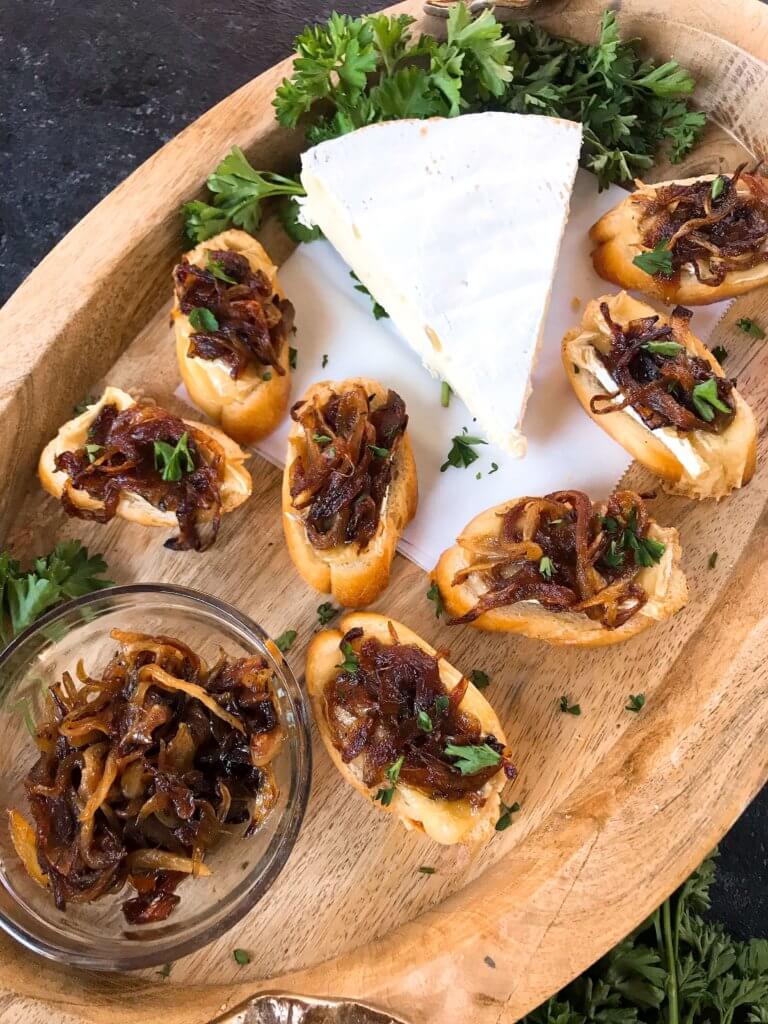 Caramelized Onion and Brie Crostini are a slightly sweet and salty appetizer.  Perfect for entertaining and parties! 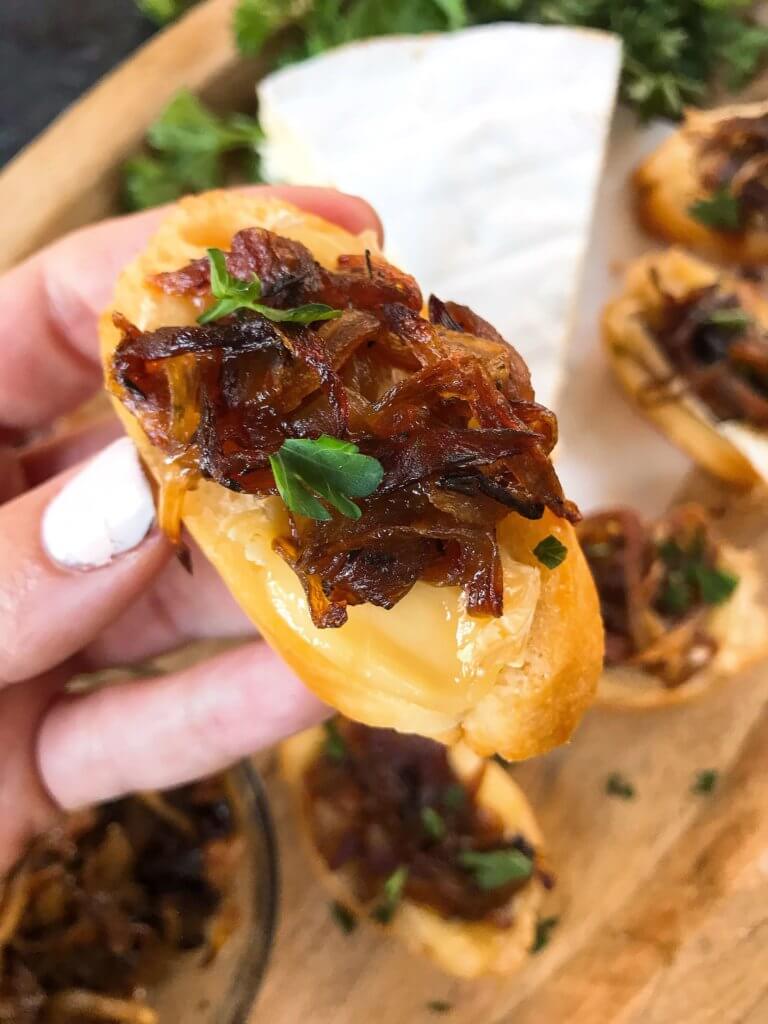 The combination of flavors in these Caramelized Onion and Brie Crostini work so well together.  The salty and creamy brie cheese with a slightly sweet caramelized onion make a great pair. 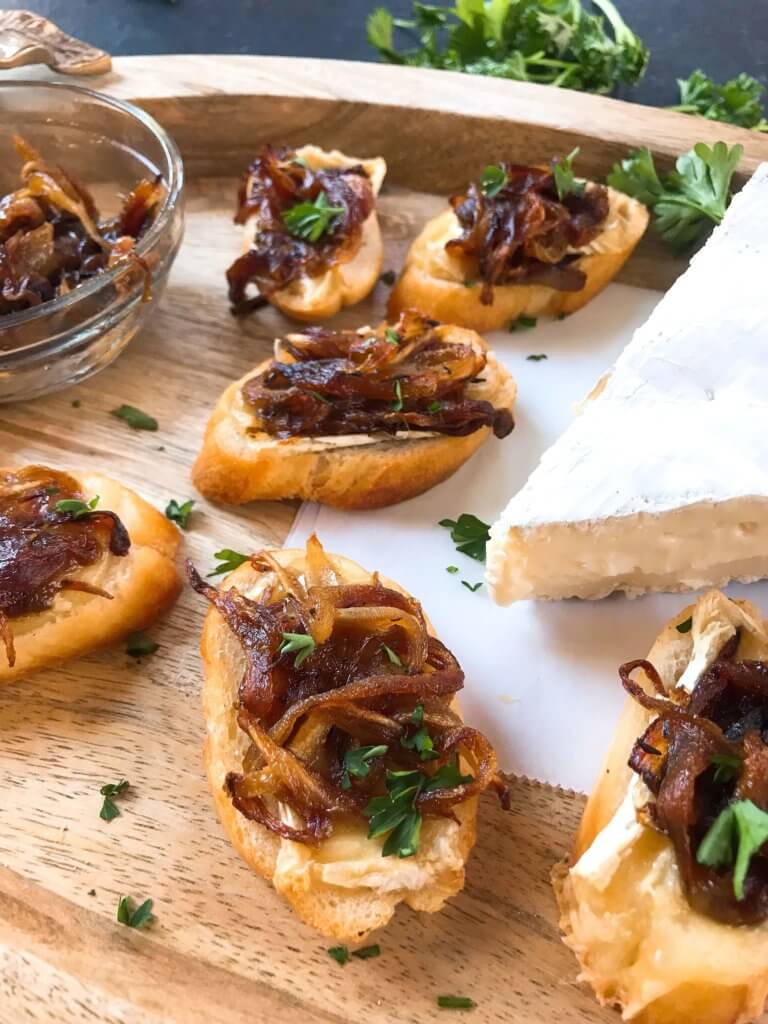 Learn how to make the base crostini here!  I am a big fan of crostini.  There are so many toppings you can put on crostini.  It is such a versatile appetizer and party food.  Find all of our crostini recipes here!

You can easily make the crostini rounds in advance and store them in a container or resealable bag.  Then it takes just a few minutes to top them with the brie and caramelized onion, and warm them up in the oven.  A perfect quick and easy party finger food! 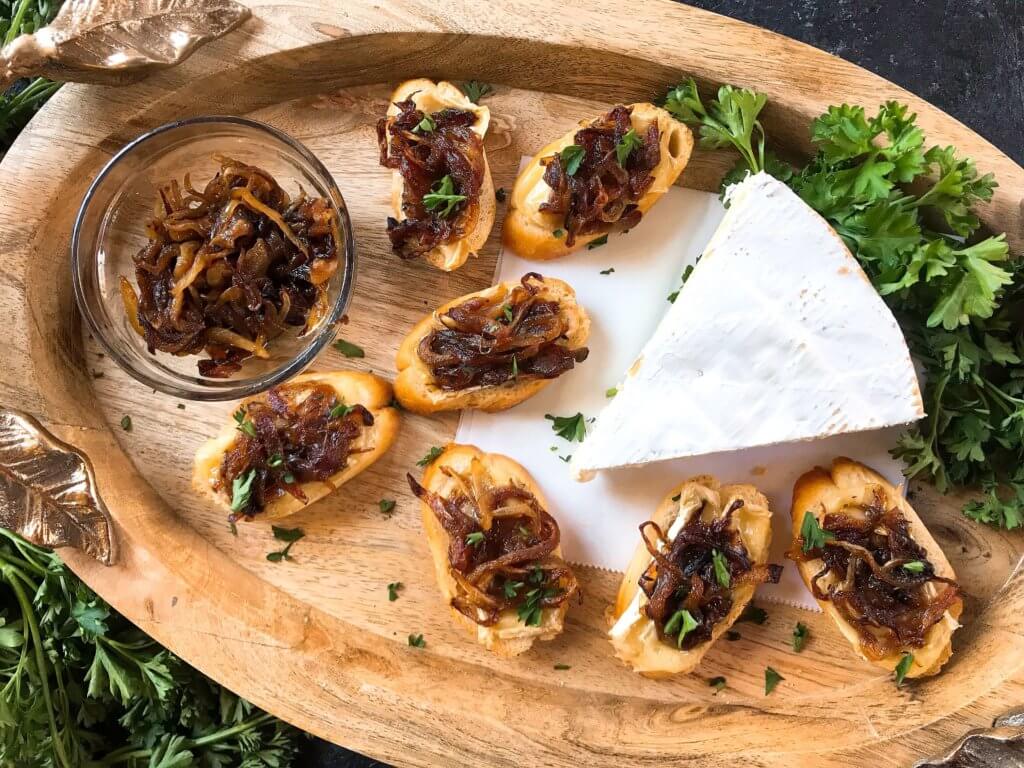 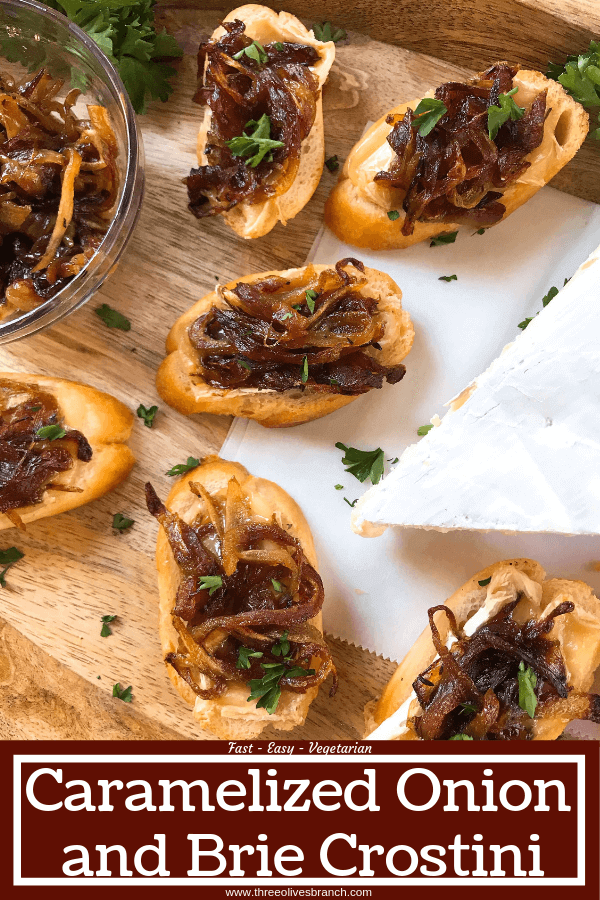 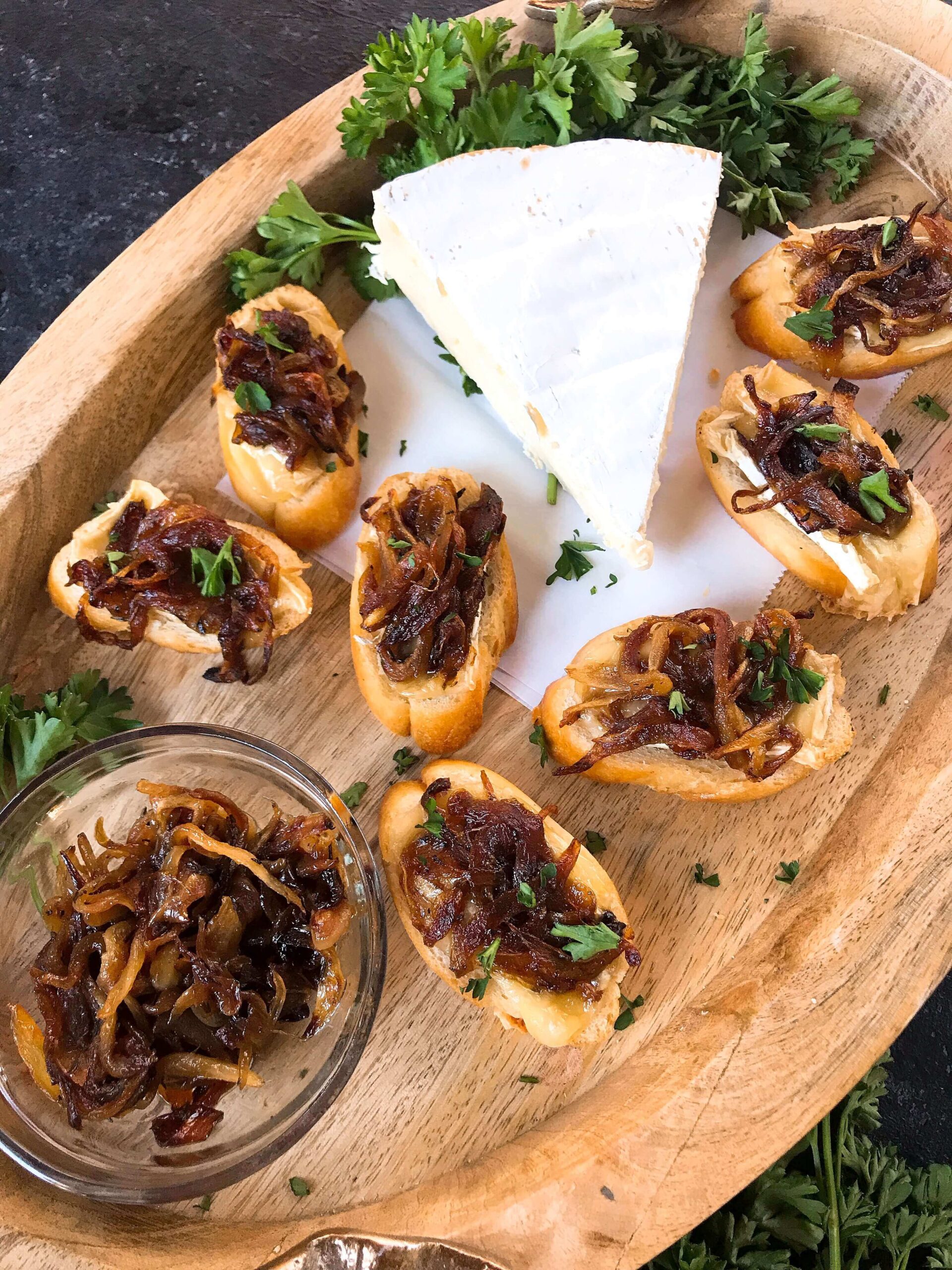 You can use more or less of the brie and onions as desired or needed.  The exact diameter of your bread will vary and require different amounts of these ingredients. Learn how to make the base crostini here! Learn how to caramelize onions here!