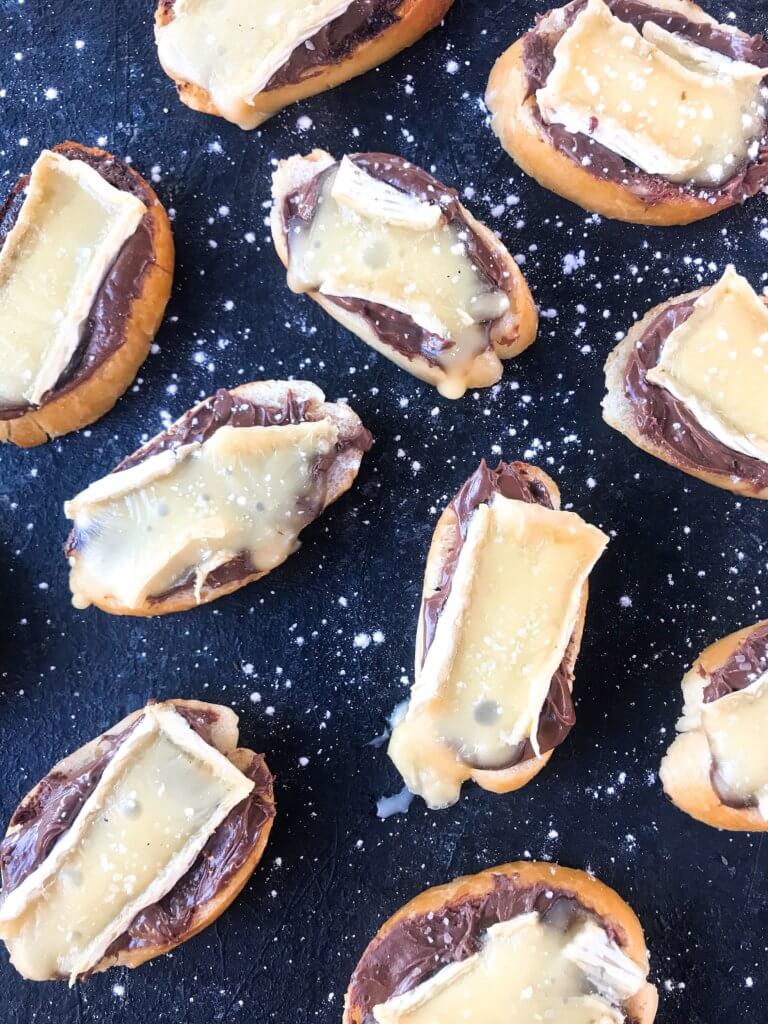 Nutella and Brie Crostini are a sweet and savory combo perfect for your party or entertaining. 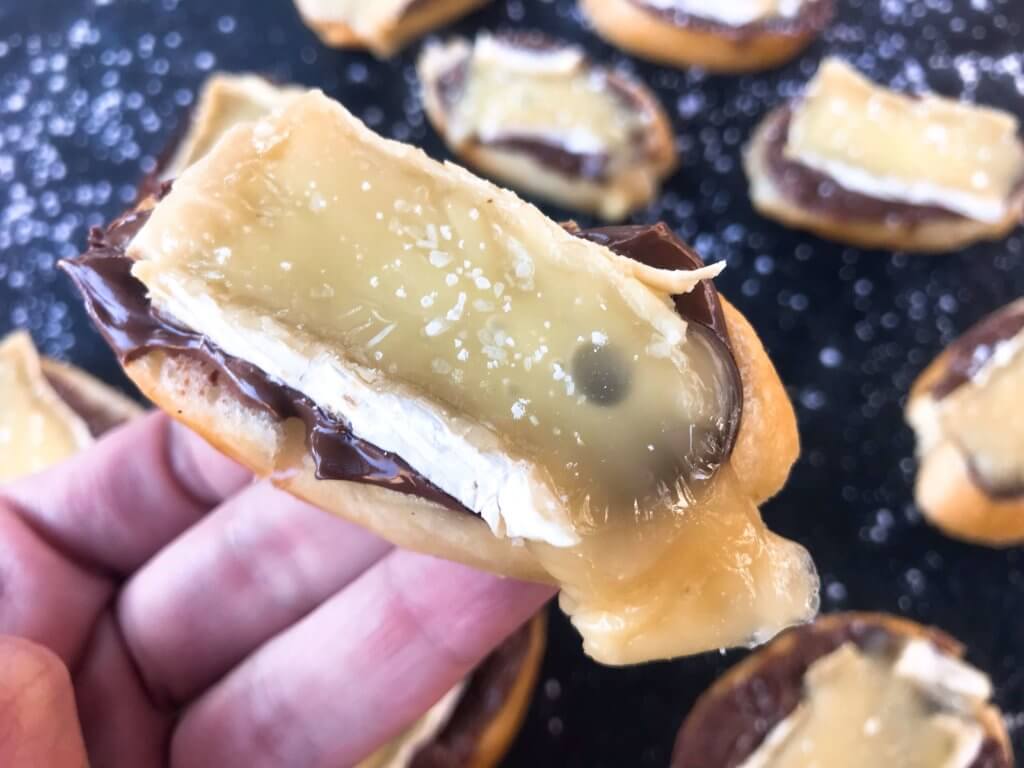 These Nutella and Brie Crostini are inspired by a grilled cheese-like sandwich that some friends had at their wedding.  It may sound weird, having brie and something chocolate based together, but it so works!  I switched it up by making it a quick and easy finger food with the same great flavors. 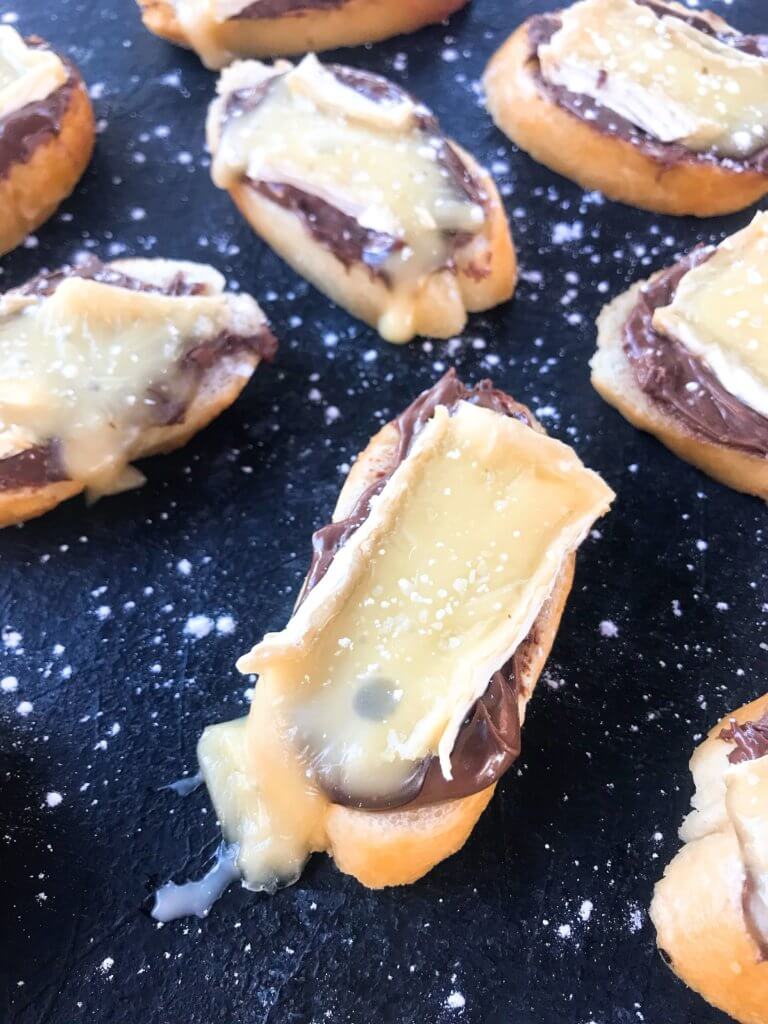 I fell in LOVE with Nutella when I was living in Italy for a college study abroad program.  I swear it tastes amazing on any and everything.  You can use any hazelnut chocolate spread here, but I love the original. 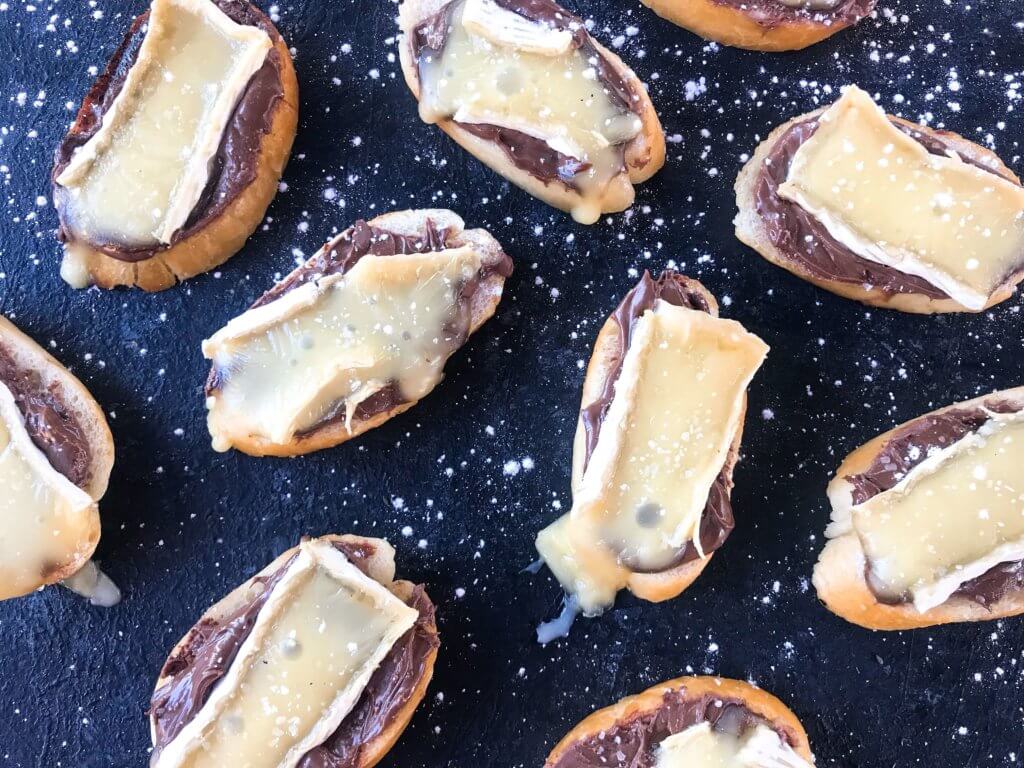 Learn how to make the base crostini here!  There are so many toppings you can put on crostini.  It is such a versatile appetizer and party food.  Find all of our crostini recipes here!

You can easily make the crostini rounds in advance and store them in a container or resealable bag.  Then it takes just a few minutes to top them with Nutella, a slice of brie, and warm them up in the oven.  A perfect quick and easy party finger food!

These Nutella and Brie Crostini disappear rather quickly at a party, so make more than you think you need! 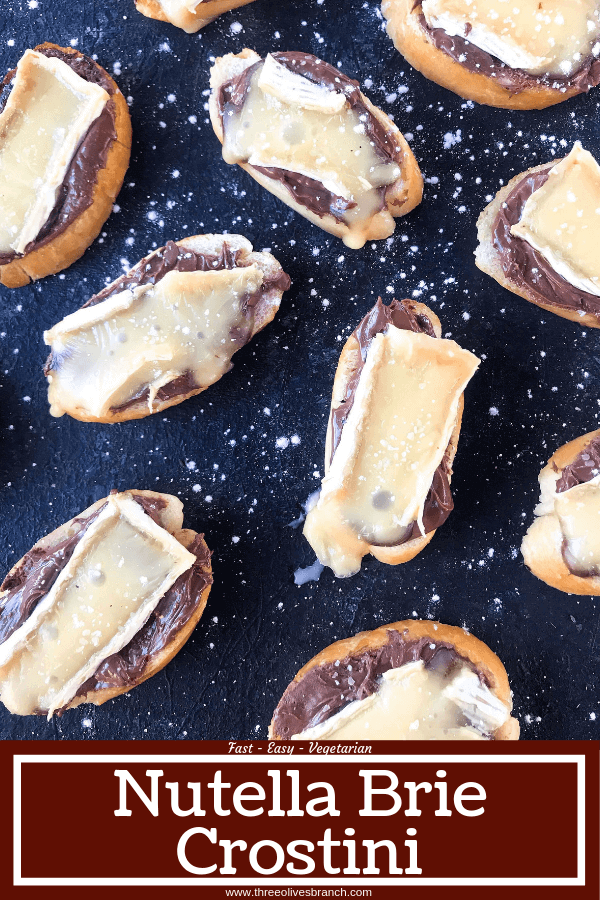 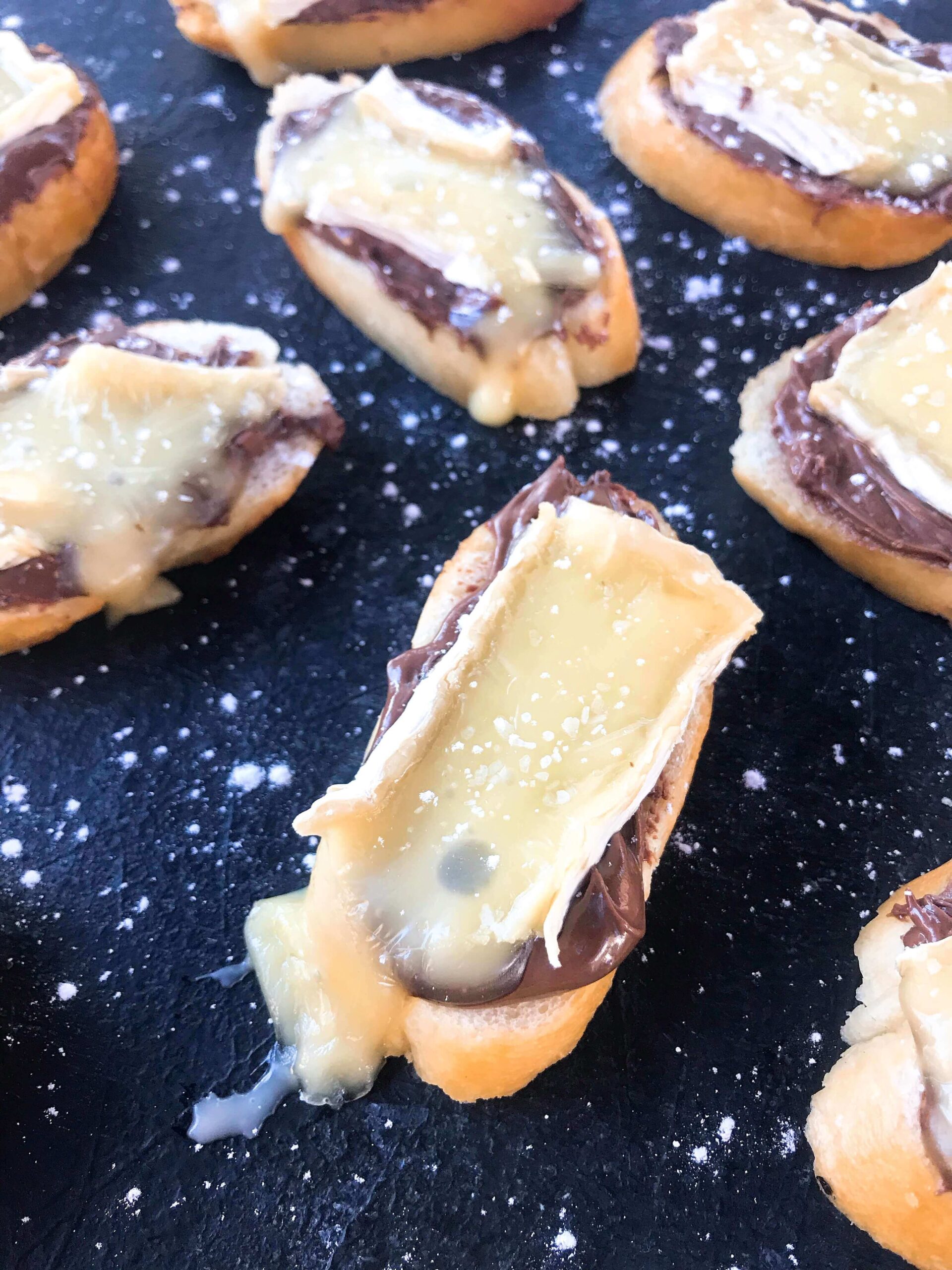 You can use more or less of the brie and Nutella as desired or needed.  The exact diameter of your bread will vary and require different amounts of these ingredients. Learn how to make the base crostini here!
Tried this recipe?Mention @threeolivesbranch or tag #threeolivesbranch!
5 shares
By Kim on January 16th, 2019