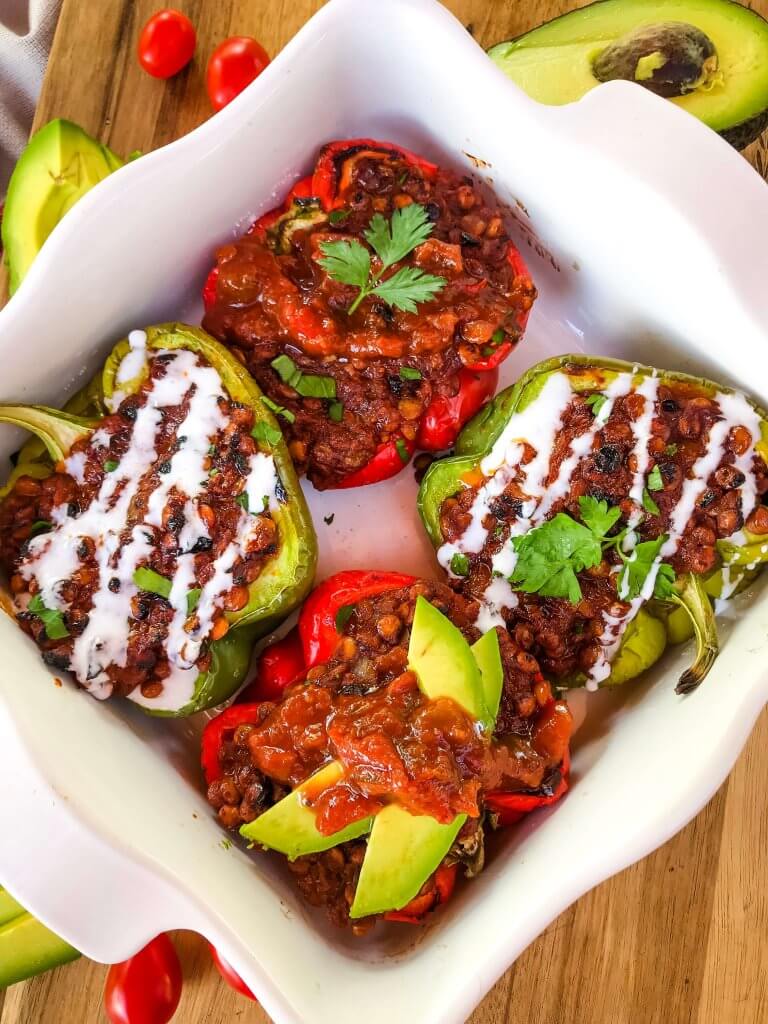 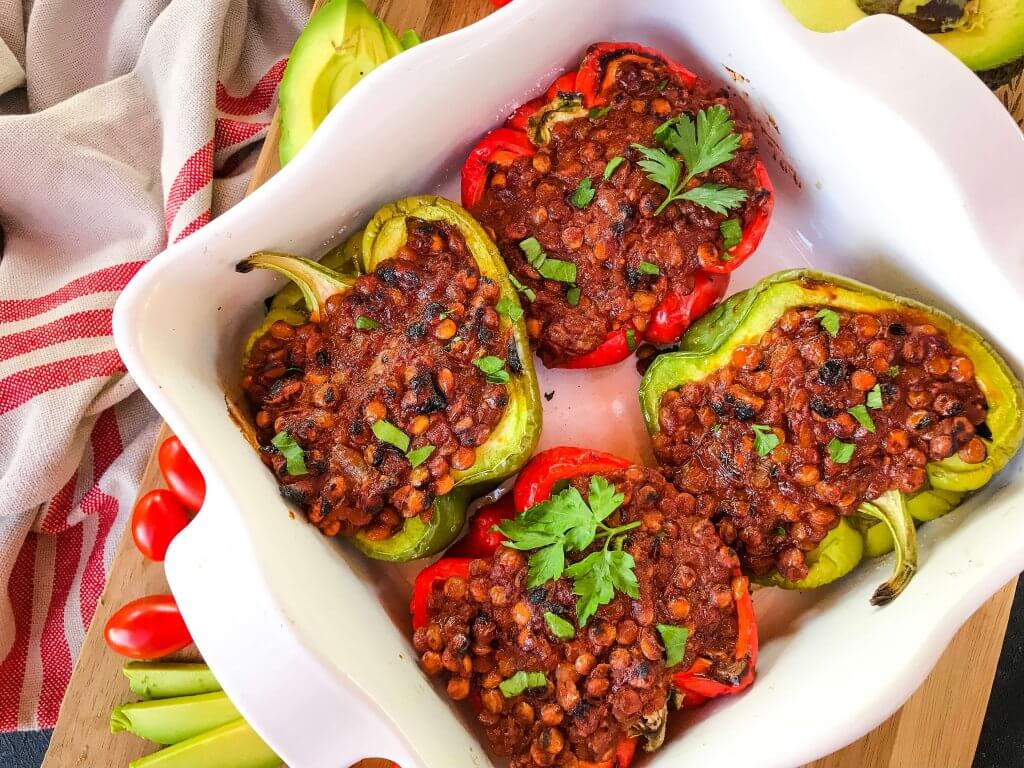 Mexican flavors are one of my favorite things.  I definitely trend more toward preference for Mexican recipes that highlight peppers and fresh flavors.  These gluten free Vegan Lentil Taco Stuffed Peppers are incredibly filling.  You could easily top them with cheese, add some beans or corn, and more, but this base version is simple and delicious.  With the vegan stuffed peppers being so filling, this batch makes a lot which is great for leftovers or feeding a group.  They would be delicious served with your favorite Mexican rices, beans, or sides.  Check out our Green Chile Rice or a light Mexican Street Corn Salsa (one of the most popular all-time recipes on the site!). 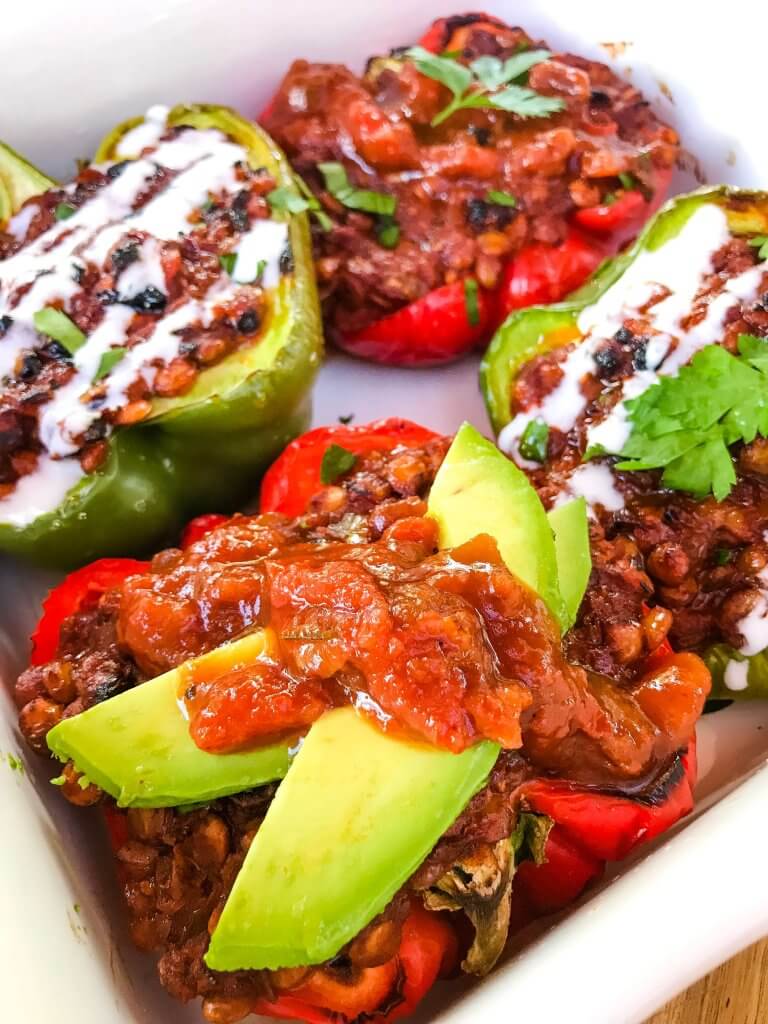 Not a fan of soft peppers?  The trick is to cook them until they are JUST starting to soften because the residual heat will have them continue to cook a little more once you remove them from the oven.  I like to leave mine a little on the firm side for some texture, just remove at whichever point you prefer. 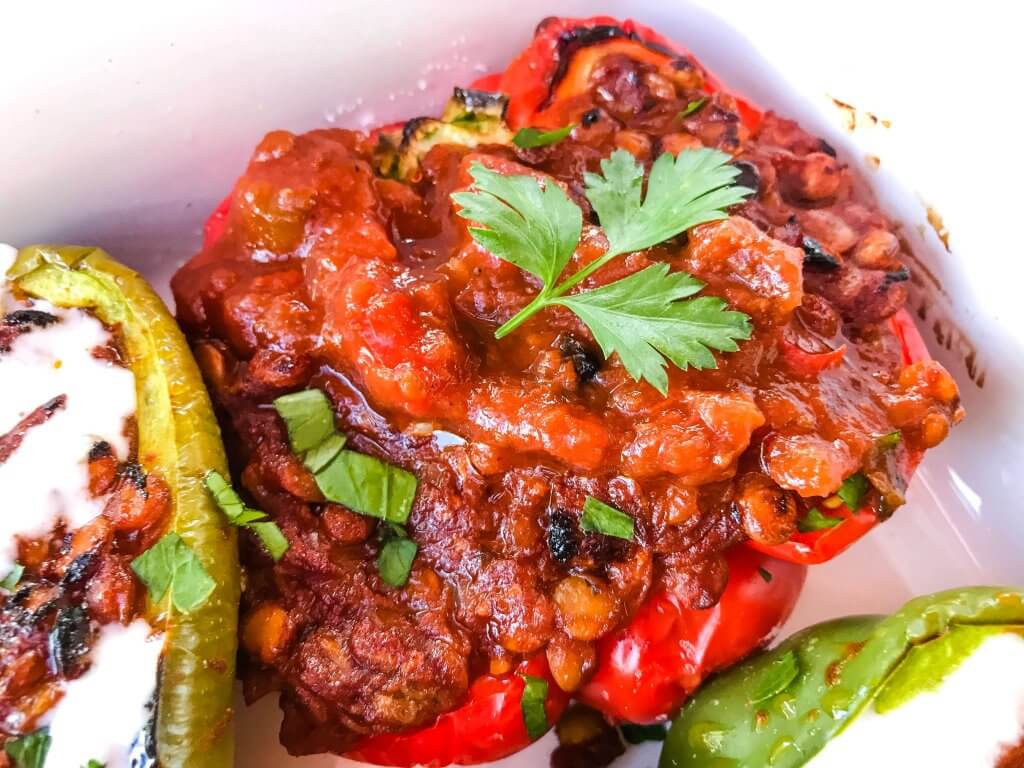 Load up these Vegan Lentil Taco Stuffed Peppers with your toppings of choice!  From lettuce to tomatoes to hot sauce, avocados, and more, the peppers are very customizable.  You can also load them up with some shredded vegan or regular cheese for the last 15 minutes of baking for a cheesy top.  There are so many options here, make them your own!  Add some corn, beans, other vegetables, etc to the filling as well. 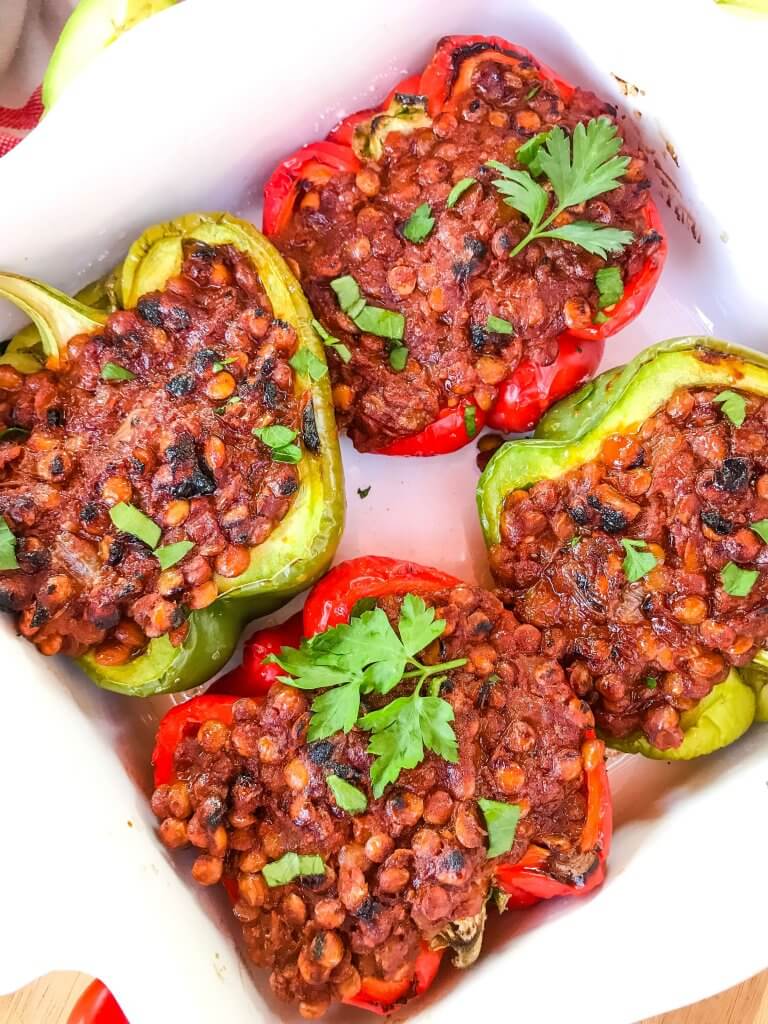 You can easily make the filling for these vegan stuffed peppers in advance.  Then stuff and bake when ready to serve for a fast meal.  The peppers will not freeze well, but the filling does! 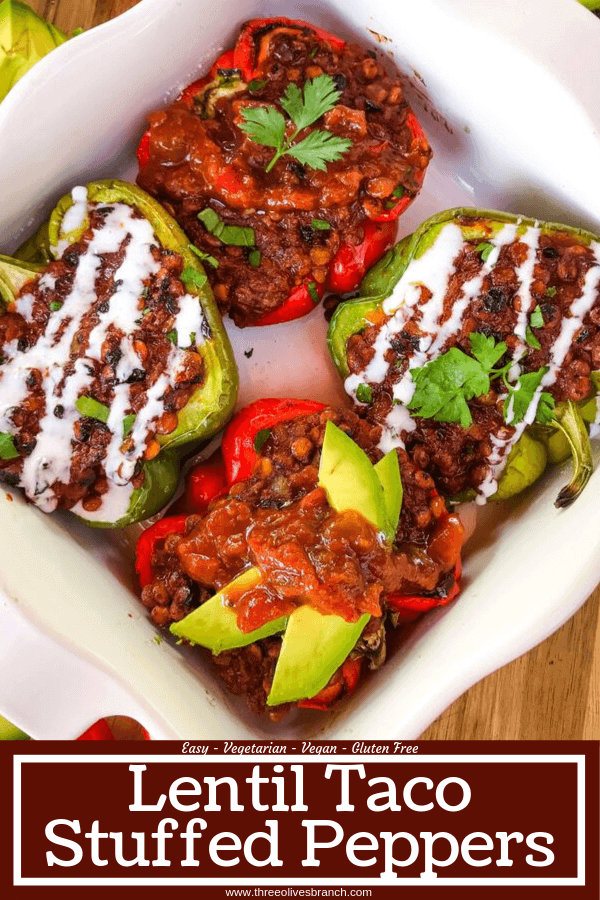 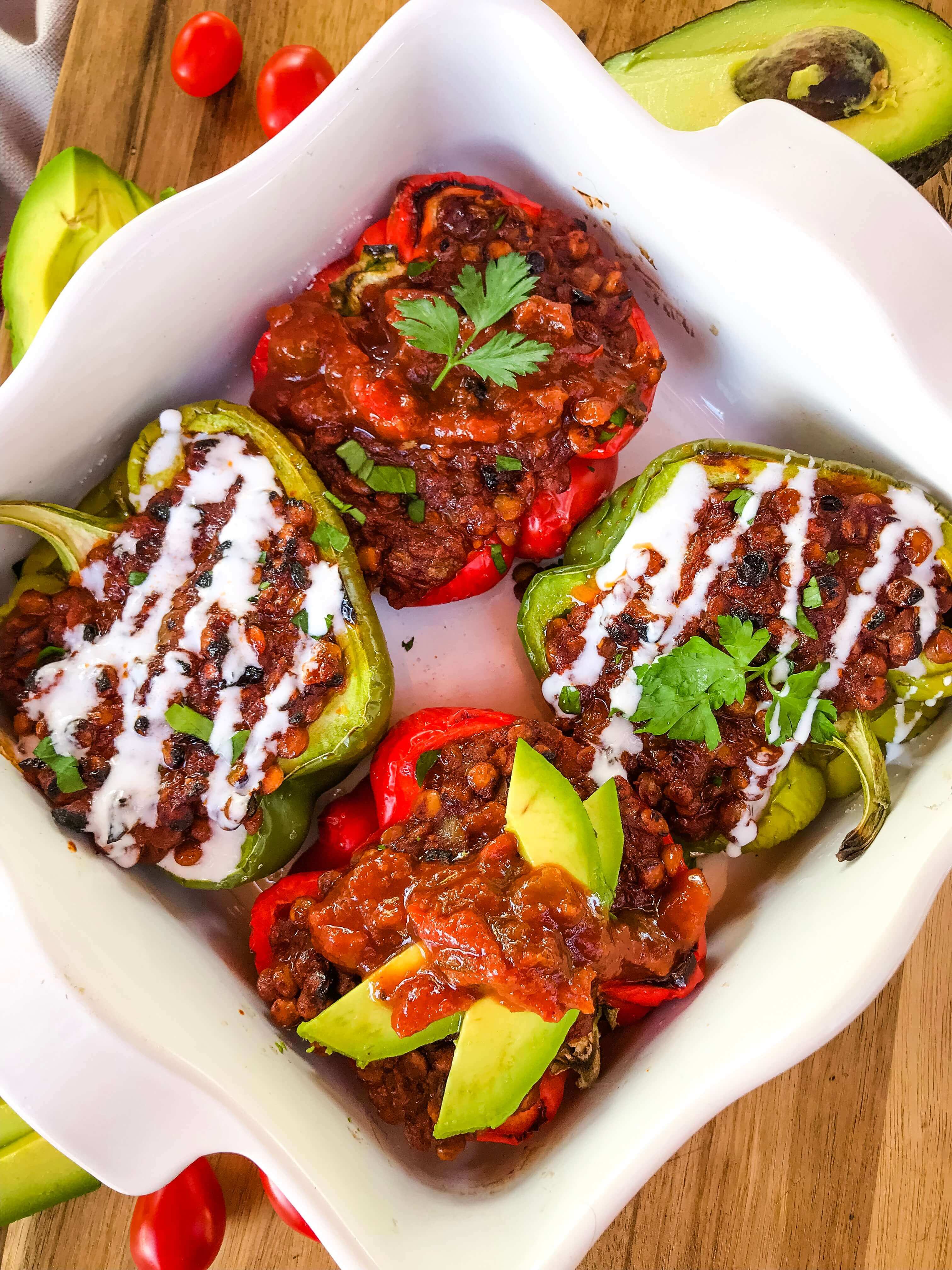 A serving is 1-2 pepper halves depending on the pepper size, hunger level, and if you are serving them with anything else. You can also use one 15 ounce can of tomato sauce instead of both the tomato paste and water. Red, yellow, and orange bell peppers are sweeter than green.  Use any colored bell pepper that you prefer. You can easily make the lentil filling up to two days in advance, then simply assemble and back for a fast dinner.