238 shares
These warm Cinnamon Apple Waffles are perfect for fall!

These Cinnamon Apple Waffles are perfect for fall! Warm homemade waffles are packed with cinnamon and diced apples, then topped with a cinnamon apple sauce. 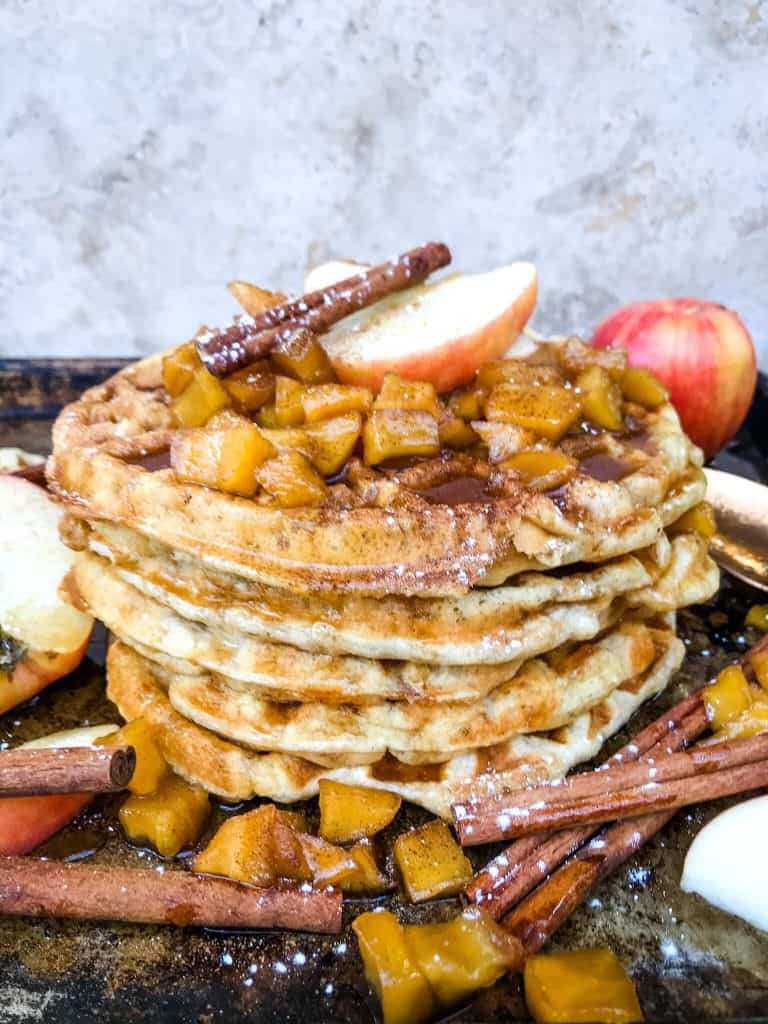 Just like the popularity around pumpkin spice, you can’t escape cinnamon apple in the autumn! These homemade waffles are a perfect way to enjoy fall.

The waffle batter is flavored with ground cinnamon and diced apples. But the real magic is in the Cinnamon Apple Sauce that you pour on top! 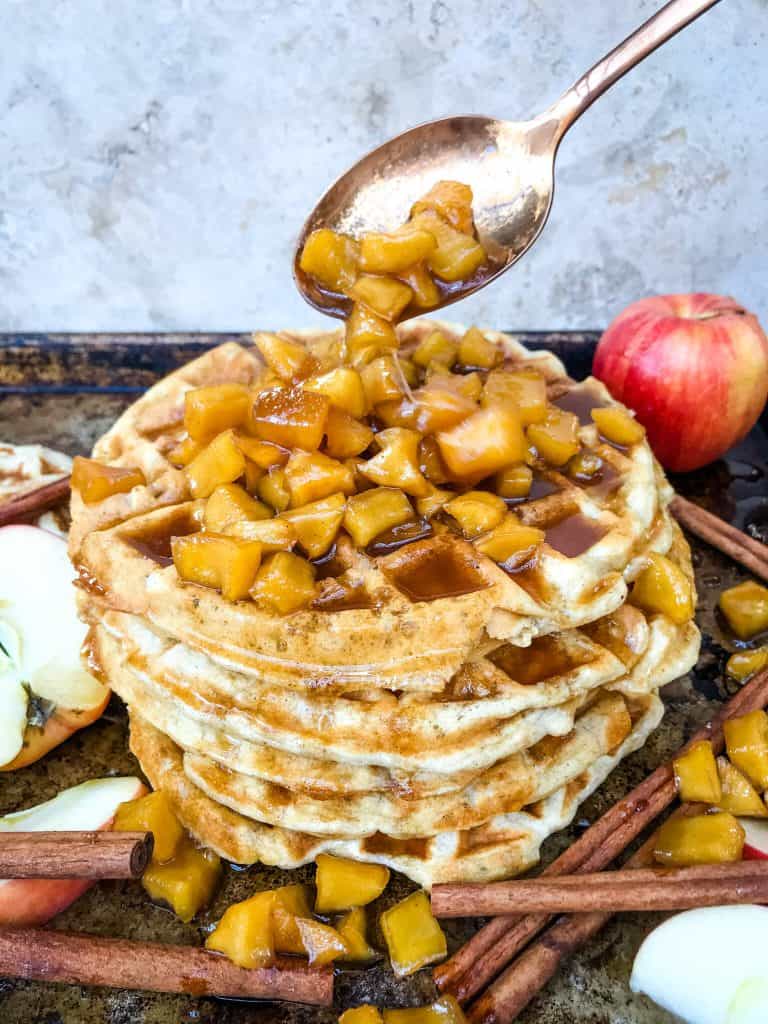 I am definitely team waffle, although I do love a good pancake. So if I have the choice, I am making waffles!

When I made these Cinnamon Apple Waffles it smelled like fall which made me SO happy! It is my absolute favorite season and I look forward to it every year.

The kitchen was filled with those familiar fall flavors, mainly due to the cinnamon.

Crisp air, changing leaves, coffee, comfort food, there are just so many things I love about the fall season.

And making fall centered food like waffles is one of those things I love! 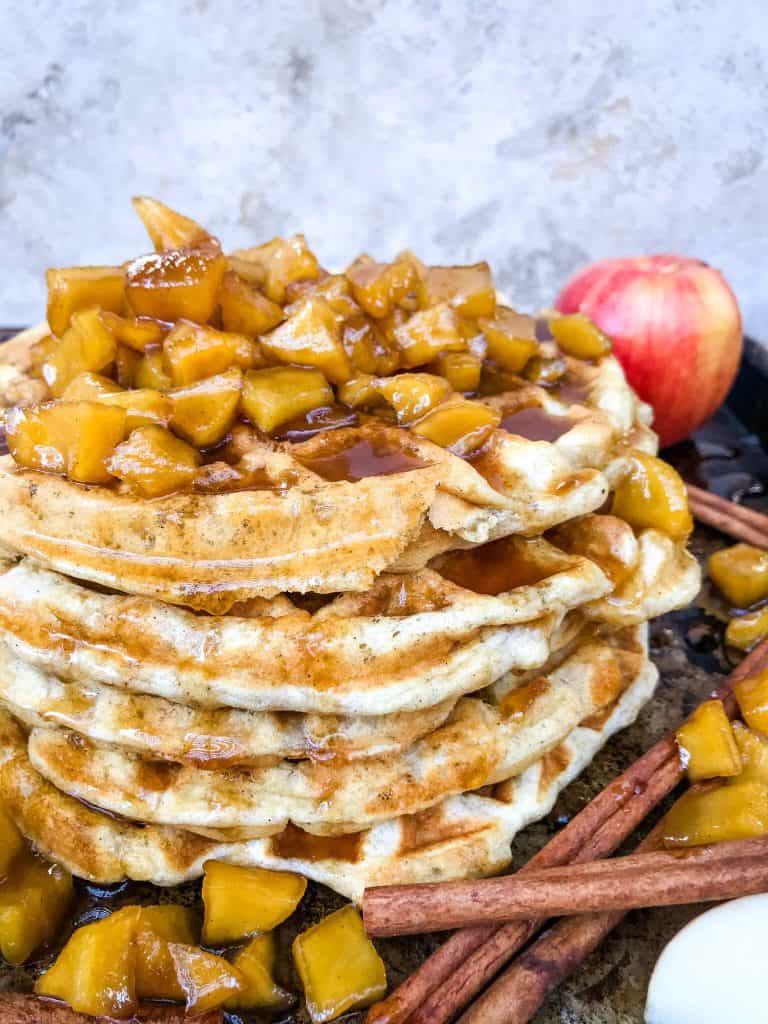 This recipe also includes a Cinnamon Apple Sauce which is a great substitute for maple syrup.

You can choose to skip the sauce if you wish, but it packs most of that cinnamon apple flavor and makes these fall waffles perfect! 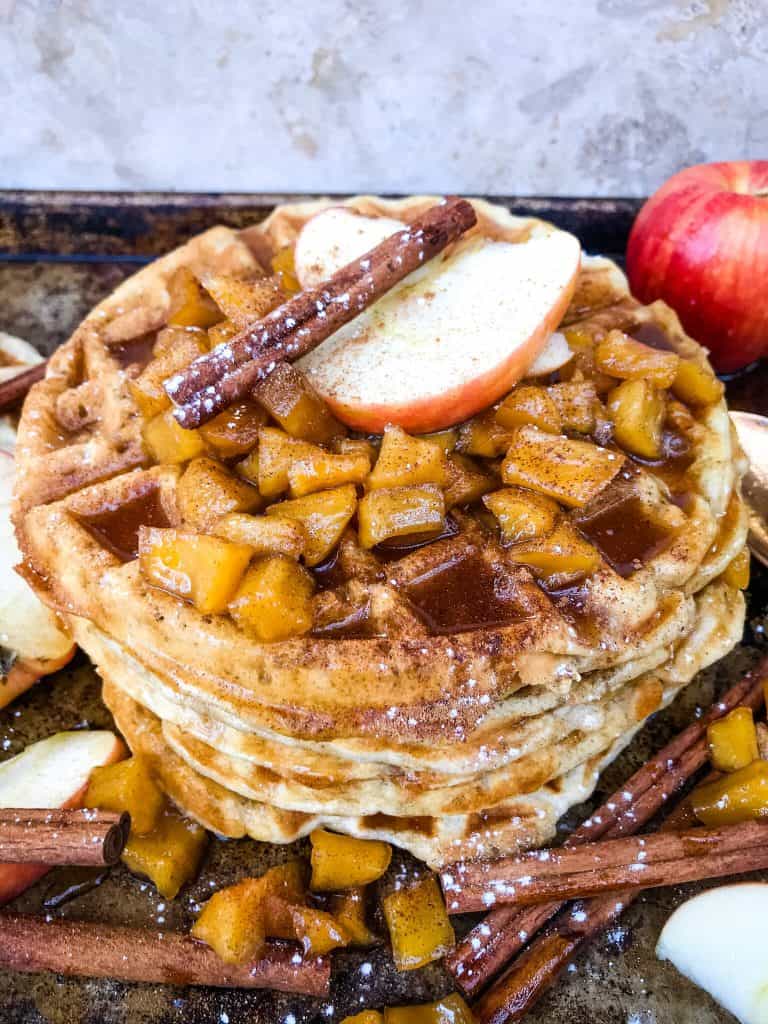 I modified my favorite waffle base recipe for these Apple Waffles.

Whipping up the egg whites might seem a little overkill, but it works! The whites give the waffles great lift and lightness.

I like to use apples that are crisp but not tart, such as Gala, Honeycrisp, or Fuji apples. But you can use any variety you like or have. 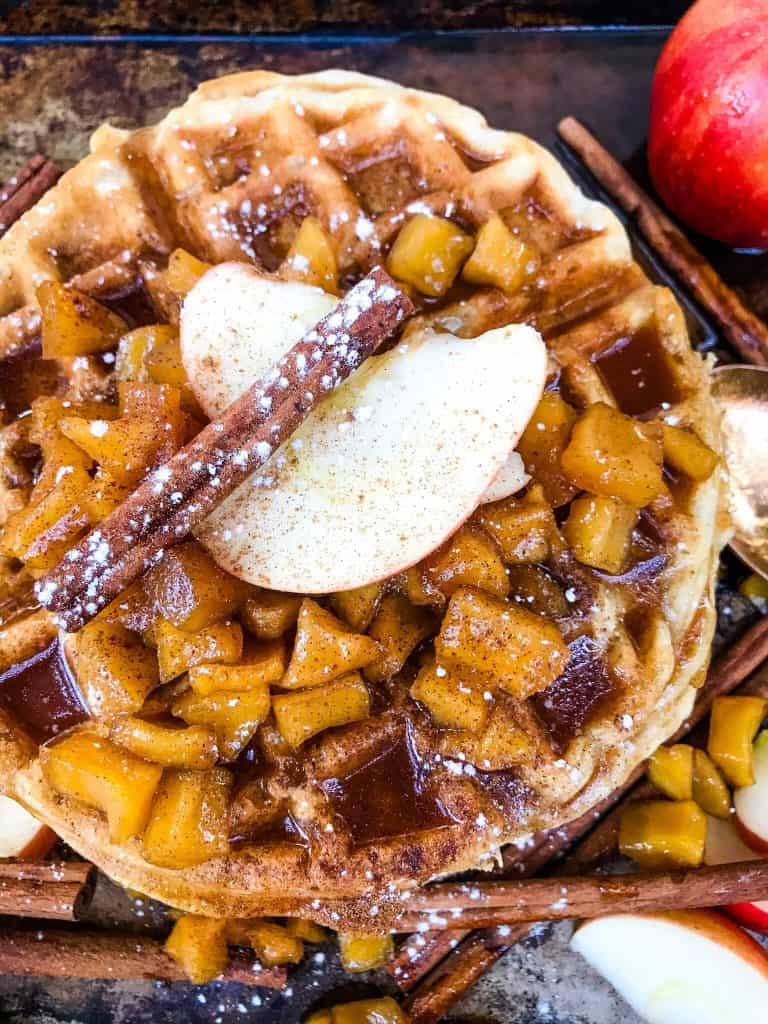 Enjoy these homemade waffles all autumn long! What are your favorite fall flavors that you love to cook with? Would they make a great waffle? 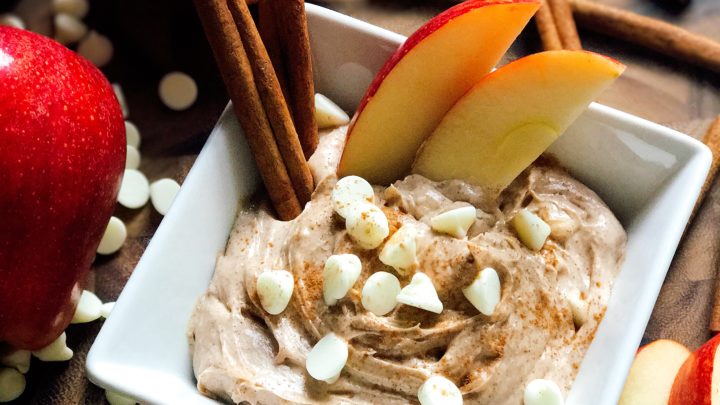 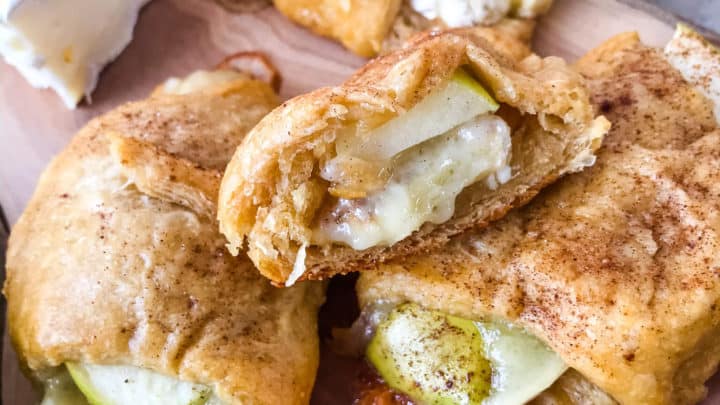 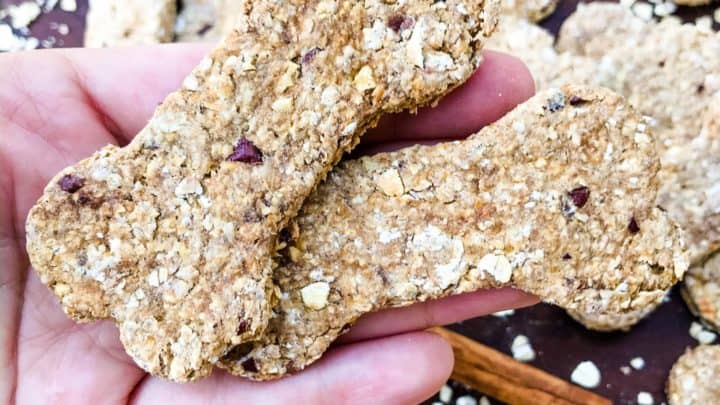 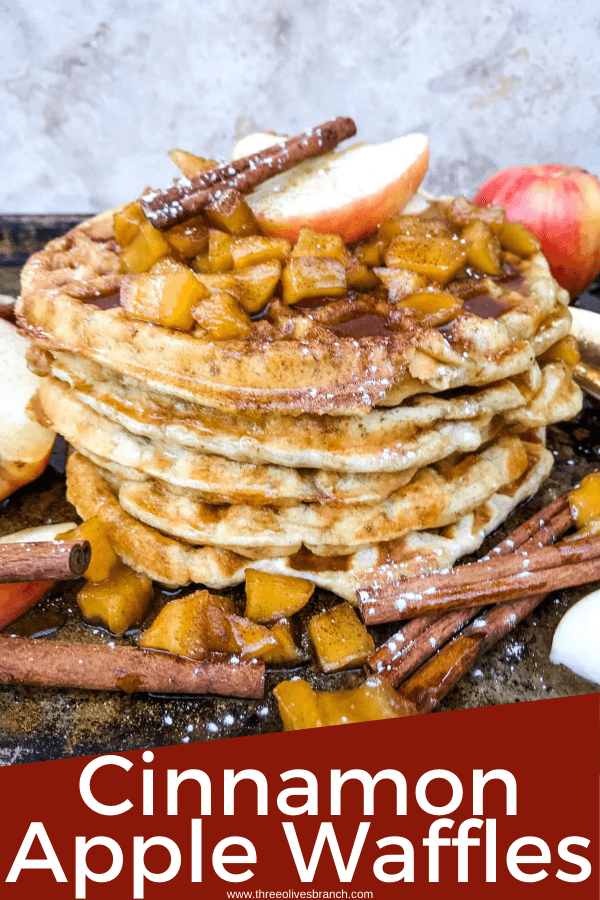 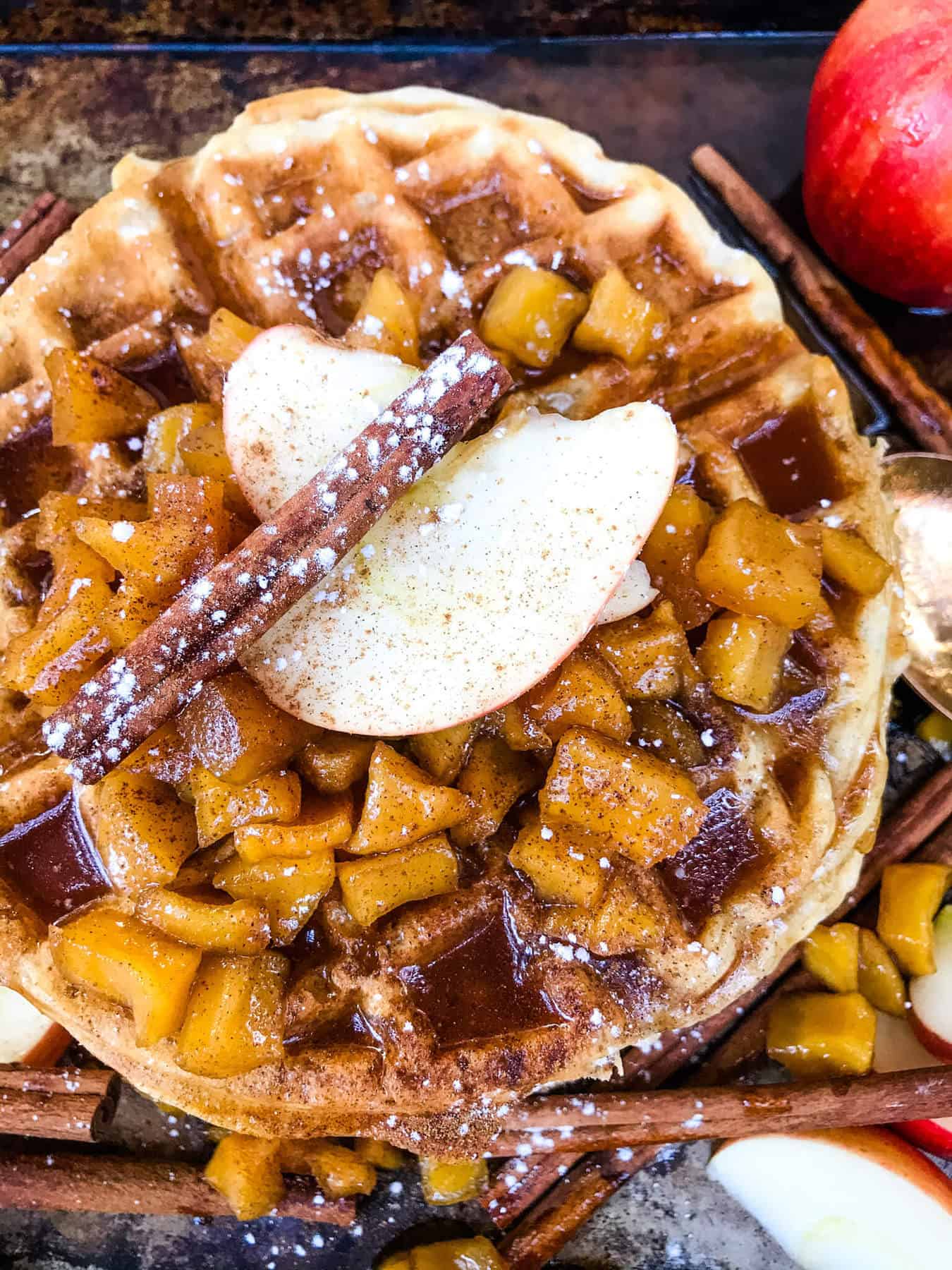 I like to use apples that are crisp but not tart (Fuji, Honeycrisp, Gala), but you can use any apples you prefer, it just may change the taste or texture. You may get more or less waffles based on the size and shape of your waffle maker.