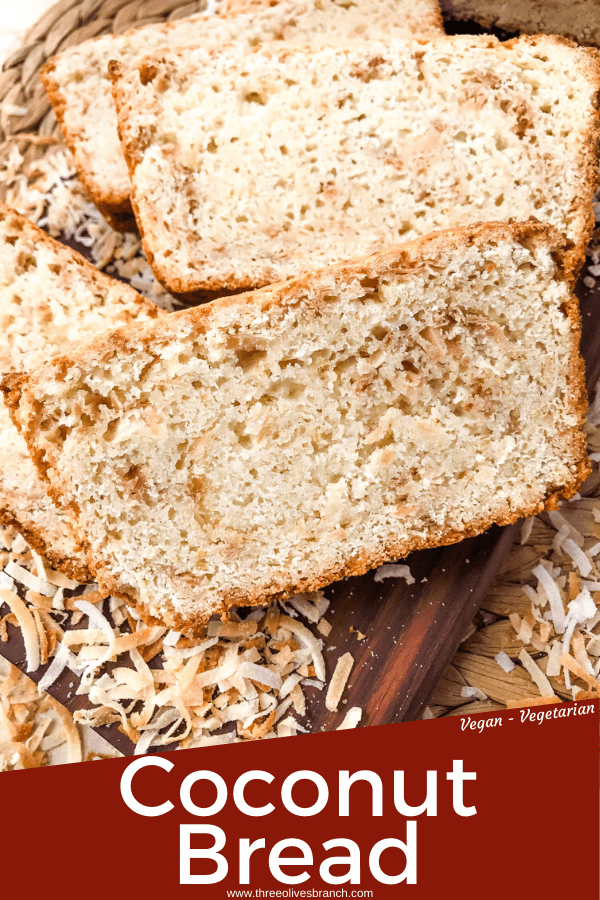 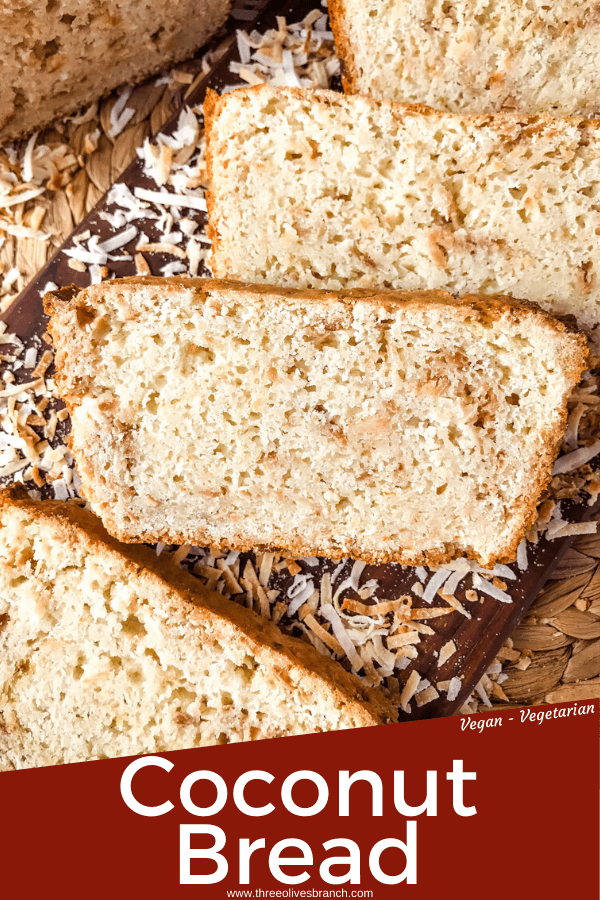 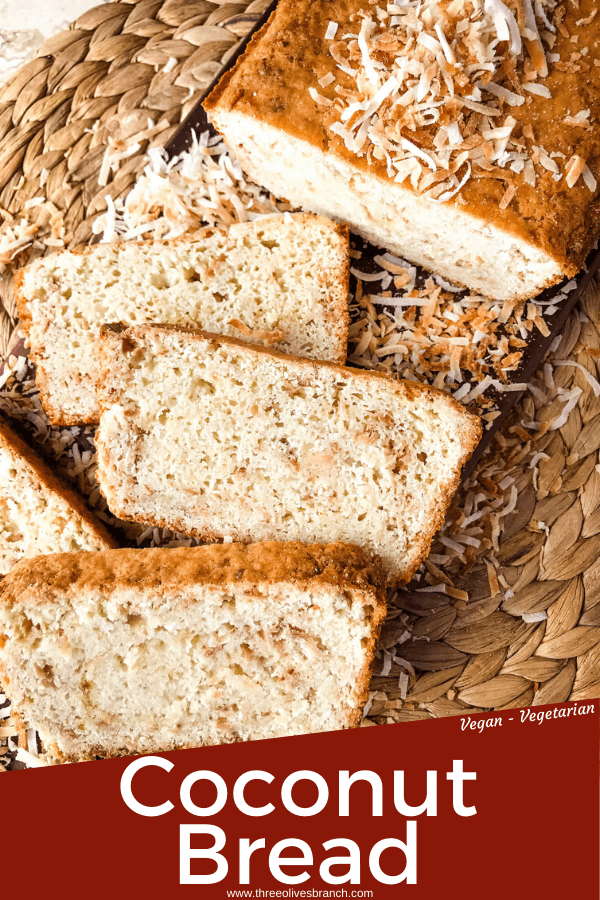 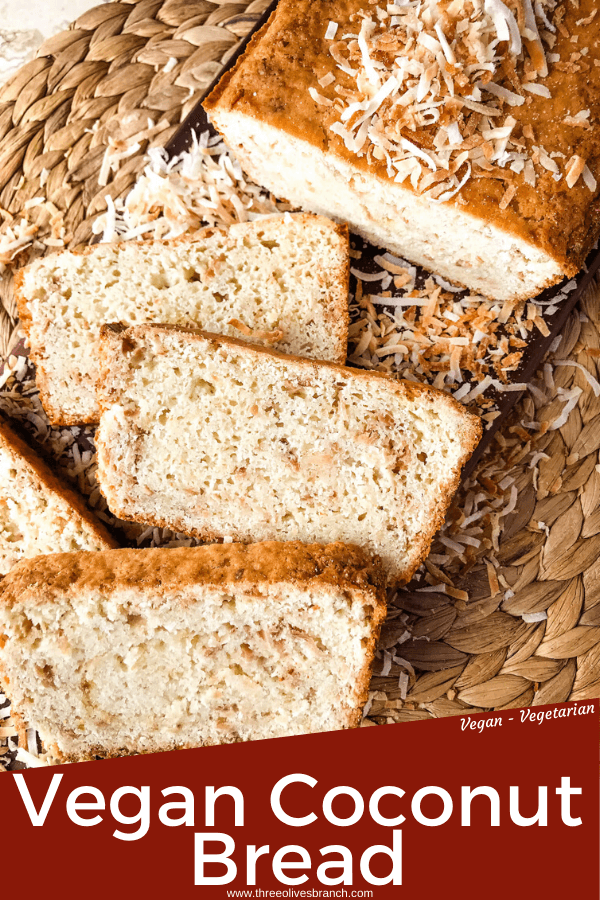 This Quick Coconut Bread recipe is a delicious simple bread, plus it is vegan! The bread is packed full of flavor from coconut milk, coconut oil, and toasted coconut. 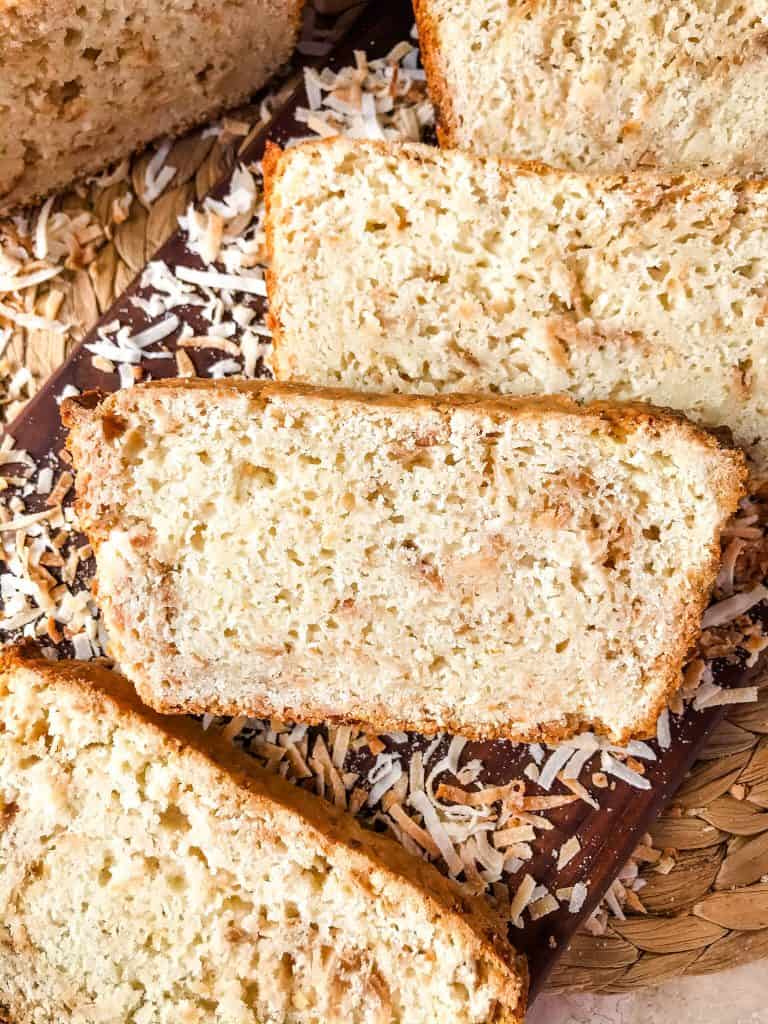 This quick bread was my first ever vegan bread attempt, and honestly you wouldn’t know that it didn’t have eggs and milk in it. The bread is full of moisture and a ton of coconut flavor. And I am a big fan of easy bread recipes that are no-knead and easy to make but still taste amazing. 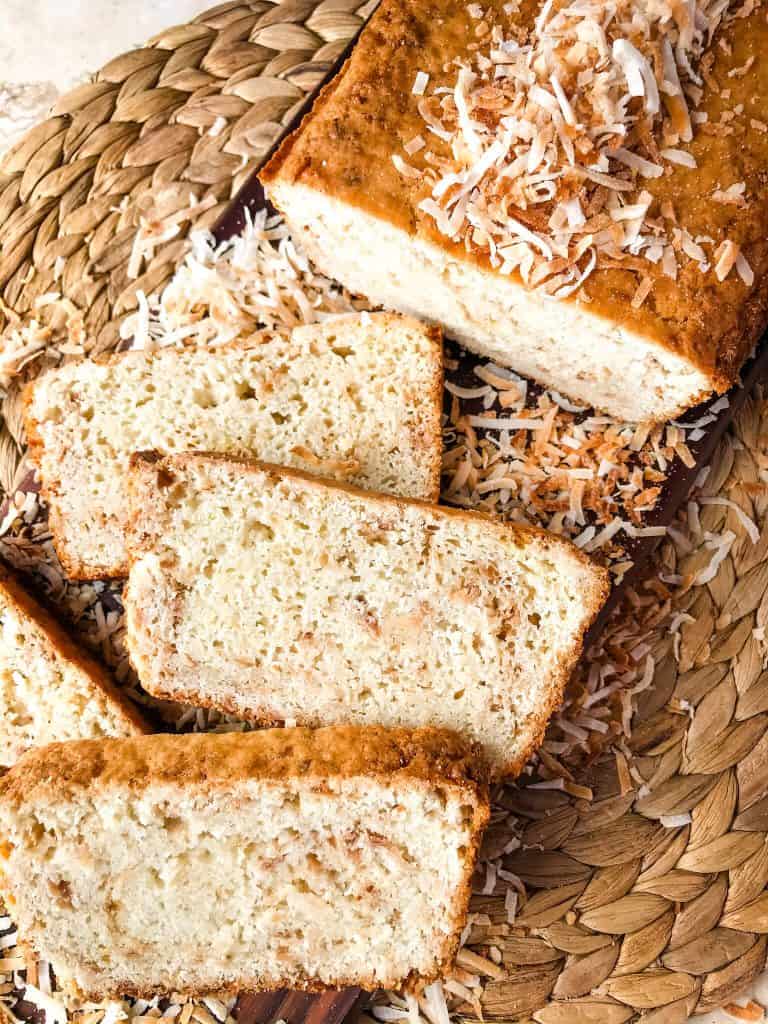 The Quick Coconut Bread is versatile and can be used for a breakfast treat, a snack, or even as dessert. This vegan bread also makes a great base for other recipes, like our Samoa Bread Pudding or Pina Colada Bread Pudding!

If you are not concerned about the bread being vegan, you can easily make some simple swaps. Use a large egg in place of the ground flax seed and water, butter instead of the coconut oil, or whole milk instead of the coconut milk. But if you leave out the coconut milk or coconut oil, there will be less of a coconut taste, so I recommend keeping those regardless! Not everyone has flax seed, though, so an egg is an easy replacement (again, if you are not concerned about it being vegan). 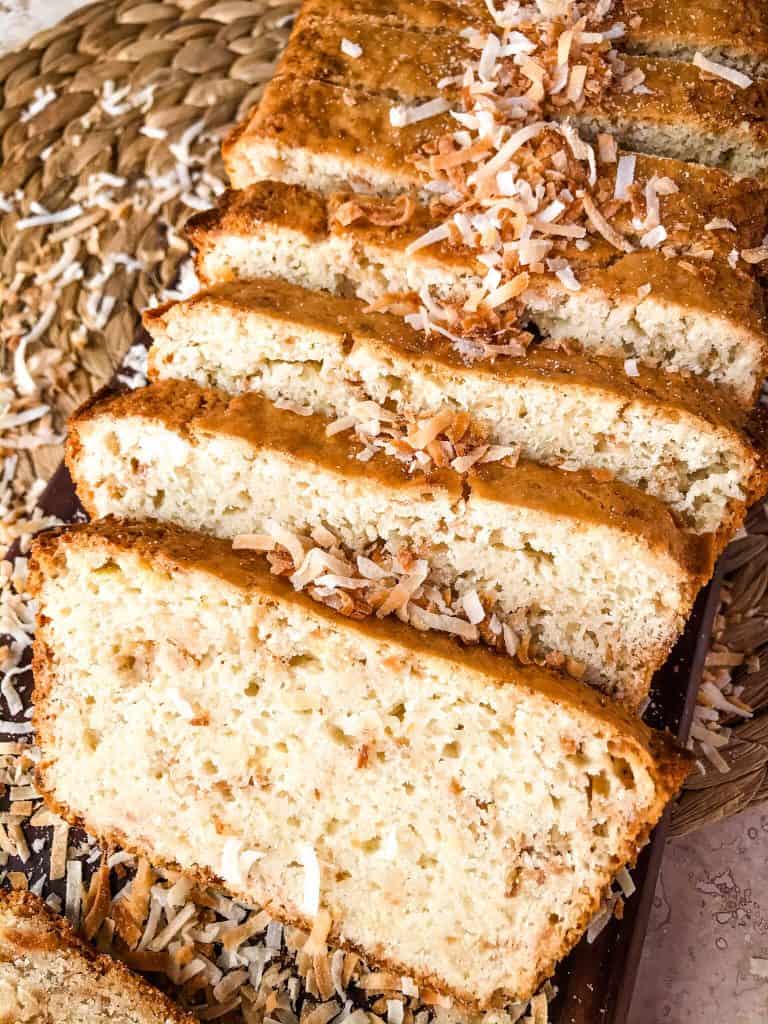 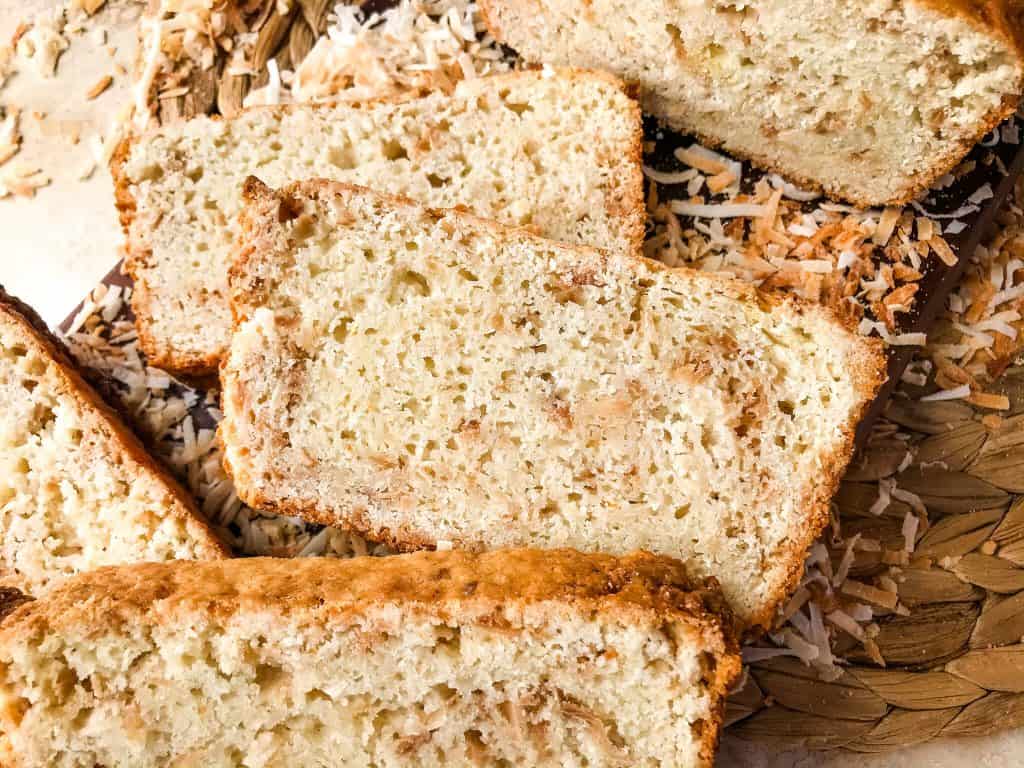 Toasting coconut is very simple and brings out a depth of coconut flavor that leaving it raw would not have.  I recommend toasting the coconut for this reason while you work on making the bread, but leaving it raw or un-toasted is an option. 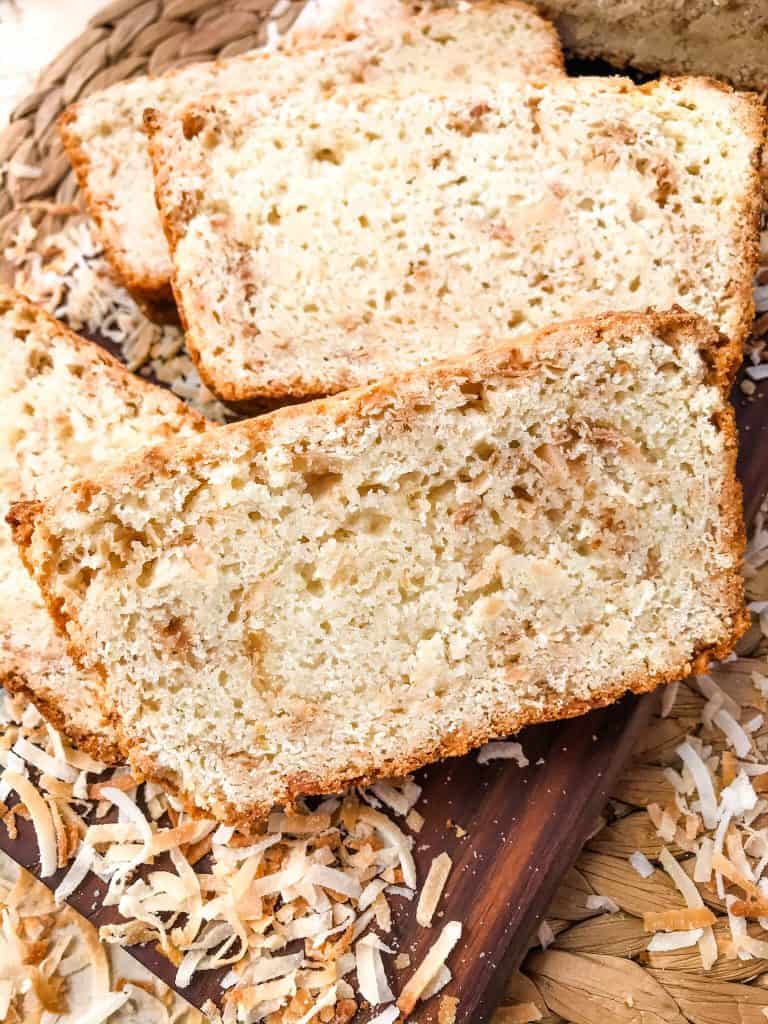 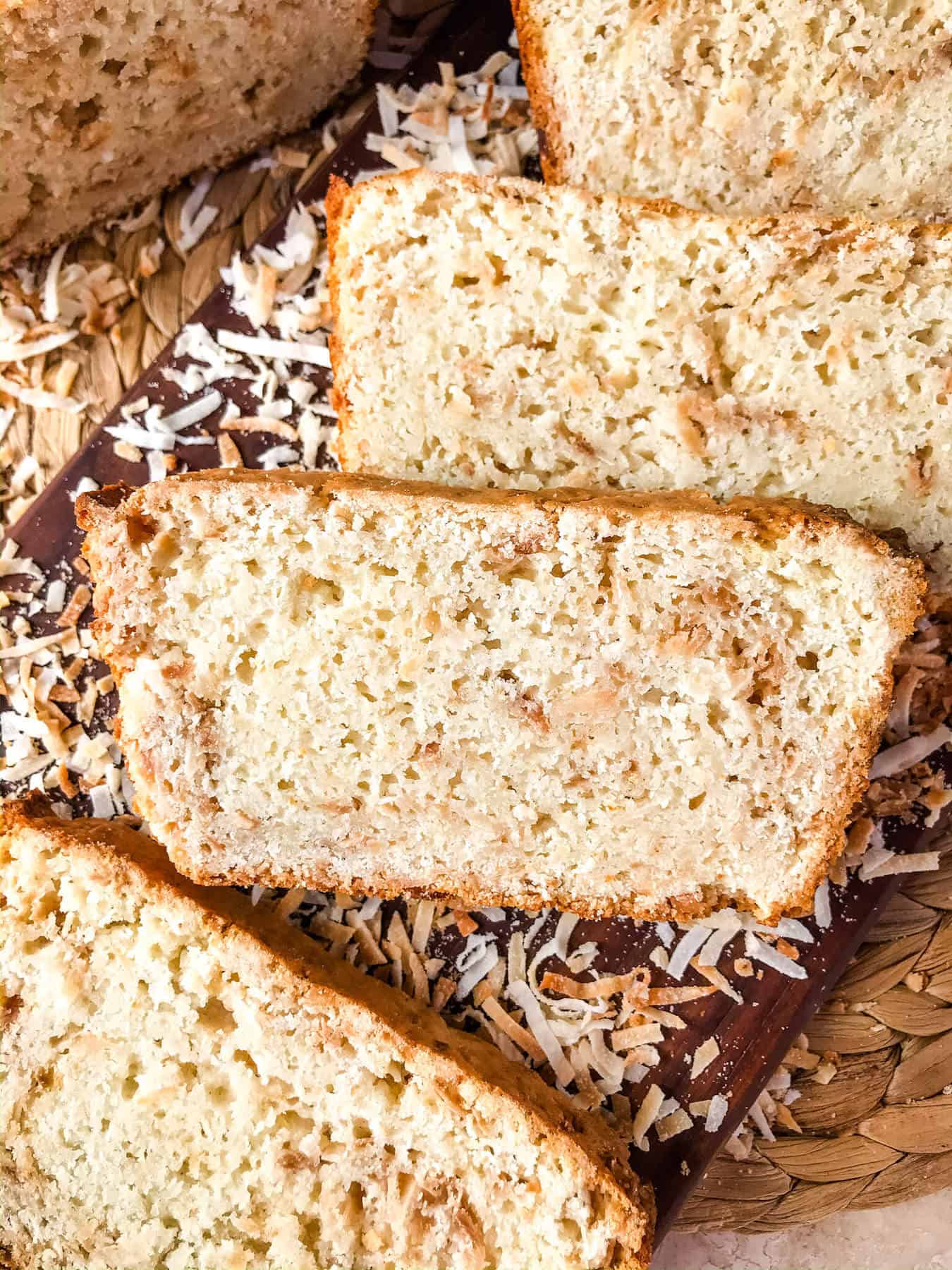