22 shares
These Smoked Jalapeno Poppers are a fun BBQ or grilling party appetizer. Finger food peppers stuffed with cheese and wrapped in bacon, then cooked in a smoker. Great for summer, 4th of July, Memorial Day, and game day. Gluten free and keto low carb. 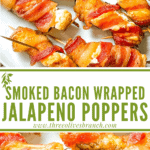 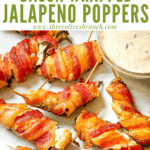 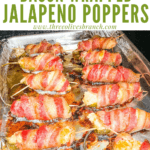 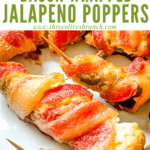 These Smoked Jalapeno Poppers are a fun BBQ and cookout appetizer! Add some smokiness to a popular finger food.

We had a cookout with our smoker and one appetizer was requested multiple times: smoked jalapeno poppers!

I have been loving adding random foods and appetizers into a smoker, such as my Smoked Queso, for a fun twist on the classics.

These poppers are stuffed with a variation of my famous cheese dip and wrapped in bacon. Then smoked for added flavor.

To make the poppers, cut them in half lengthwise and scoop out the seeds and white ribs with a spoon or knife.

If you have one, my ultimate favorite tool to do this is a grapefruit spoon! So fast and easy compared to a regular knife or spoon.

Then fill the peppers with some cheese mixture. Just fill up to the top of the pepper so it is level to where it was cut. If you put too much in and mound it up, it will likely leak out later when warm.

Then wrap each pepper with a full slice of bacon, overlapping it slightly as it winds. You can also use half a slice of bacon if desired.

Secure both ends of the bacon with a toothpick, line them up on a baking sheet, and you are ready to smoke!

There are a few options for kicking up the heat and making hot poppers. Add cayenne or hot sauce to the cheese mixture to preference.

Or stack the two halves of the jalapeno pepper on top of each other to make one “whole” pepper before wrapping in bacon.

You can also leave in the seeds and white ribs of the peppers instead of scooping them out since they are considered to hold more of the heat.

Can this be made without bacon?

Yes! But try to cut the peppers to be level and not tilted. Since there is no bacon to try and help keep the cheese in the peppers, it will be more prone to spilling out.

Why do I need to use toothpicks?

The bacon might appear to stay in place without toothpicks, but I highly recommend still securing each end of the bacon with one.

Why? When the bacon cooks, it will pull and shrink just like it does in the pan. This happens as it loses moisture from either water or the fat rendering. And this means that it is likely the bacon will start to pull away and expose the filling.

Can you make them without the toothpicks? Yes. But they look best and will stay properly wrapped when secured.

How do you reheat smoked jalapeno poppers?

I like to reheat these peppers by popping them in a 450F oven for 5-7 minutes.

Since they are already smoked, no need to smoke again unless you have it running!

You could also reheat them on a grill at 350F or above.

Microwaving works, but you might end up with a slightly soggy pepper, or super crisp bacon. 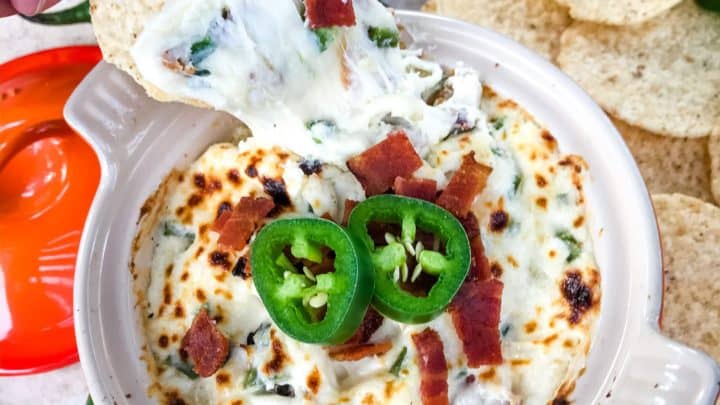 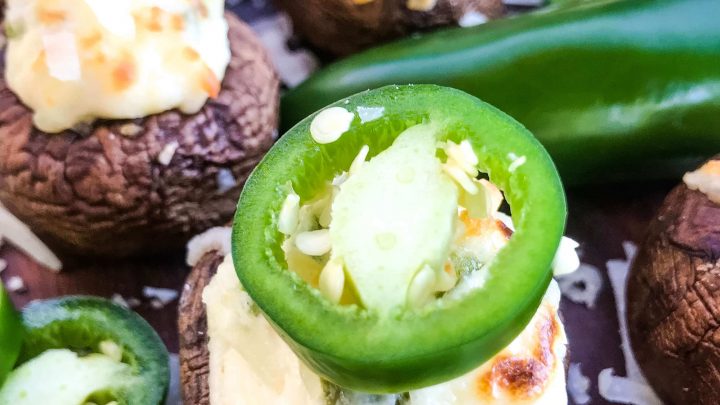 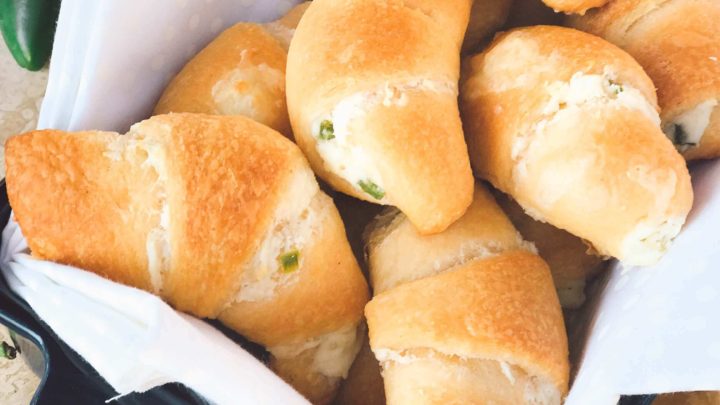 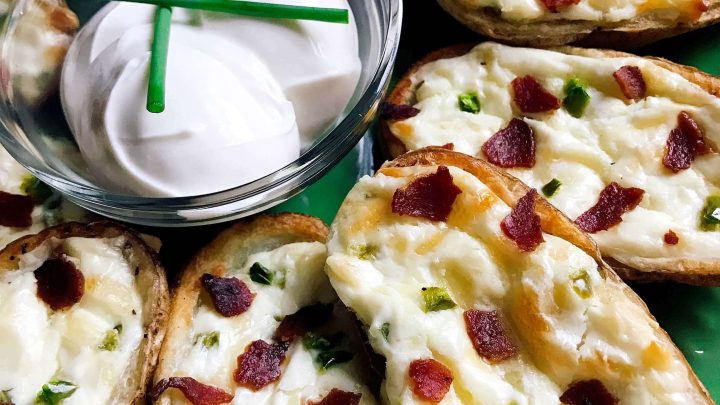 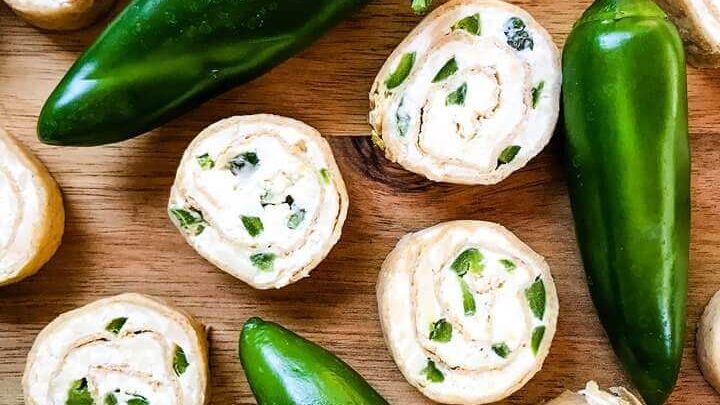 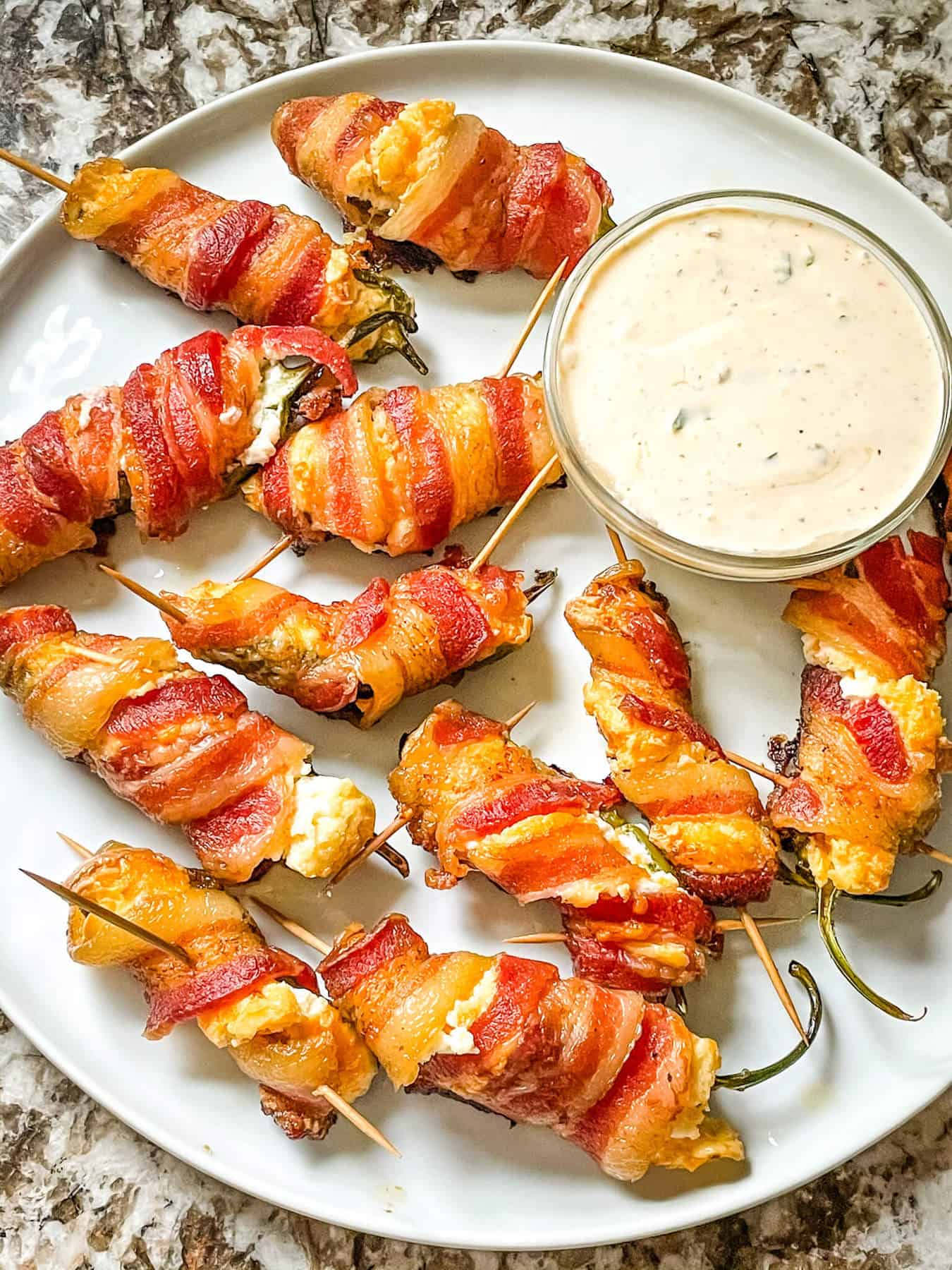 I use peppers 3-4 inches long, but use any desired size. It will just slightly change the amount of cheese filling you need and how well the bacon covers the pepper. The sour cream/yogurt is optional but I feel like it lightens up the cream cheese a little.