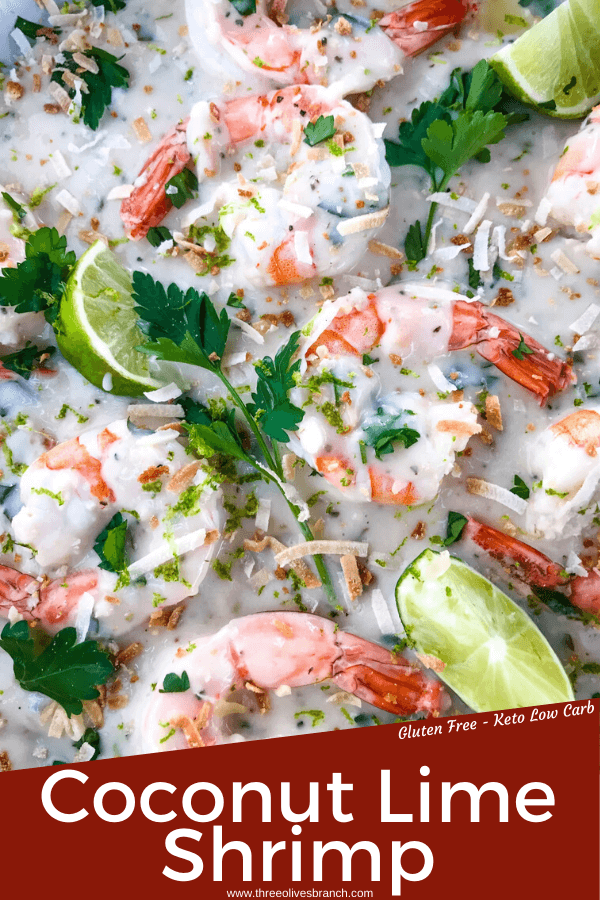 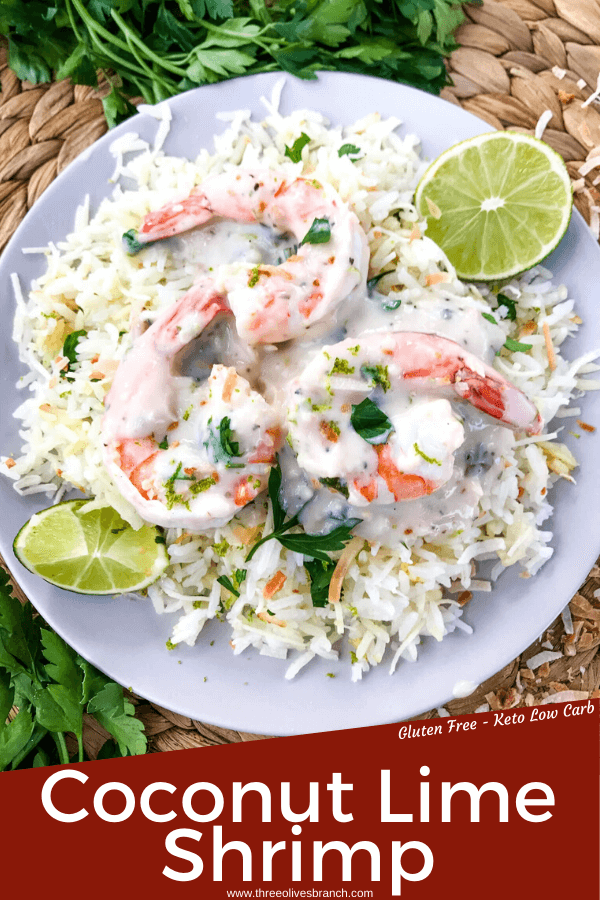 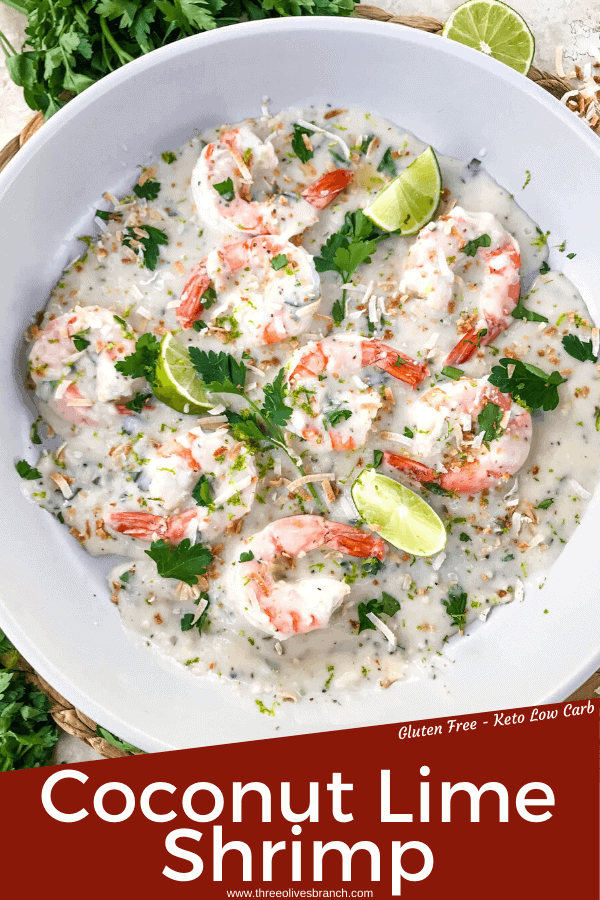 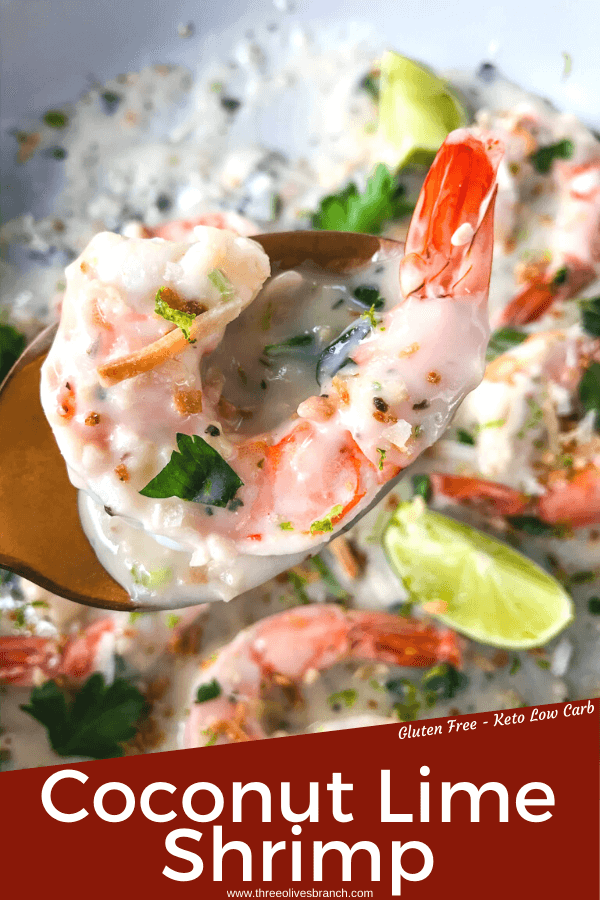 You will not believe how delicious and fast this Coconut Lime Shrimp is! Get it on your table in just 15 minutes! 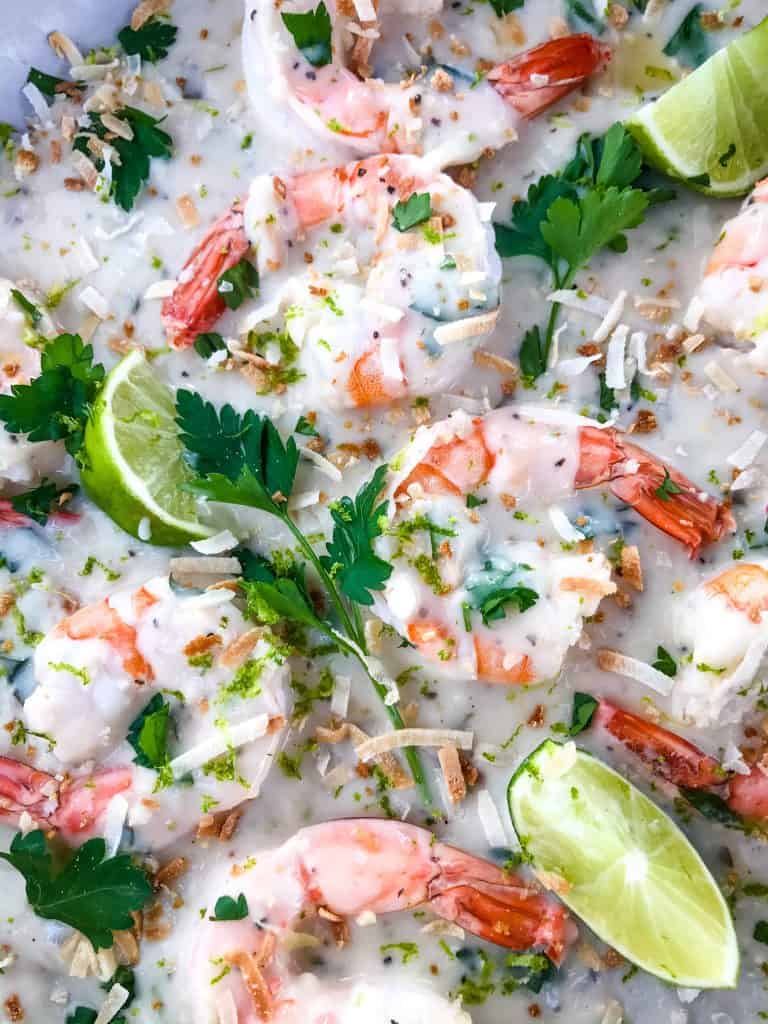 I was not a fan of coconut anything (except Samoa Girl Scout cookies) growing up because I have never been a fan of artificial flavoring, and fake coconut is just not good to me. But I am starting to love fresh coconut and products like coconut milk. It all started when I ate a chunk of a just-opened coconut on the streets of Athens in college. I realized how much better it could be! 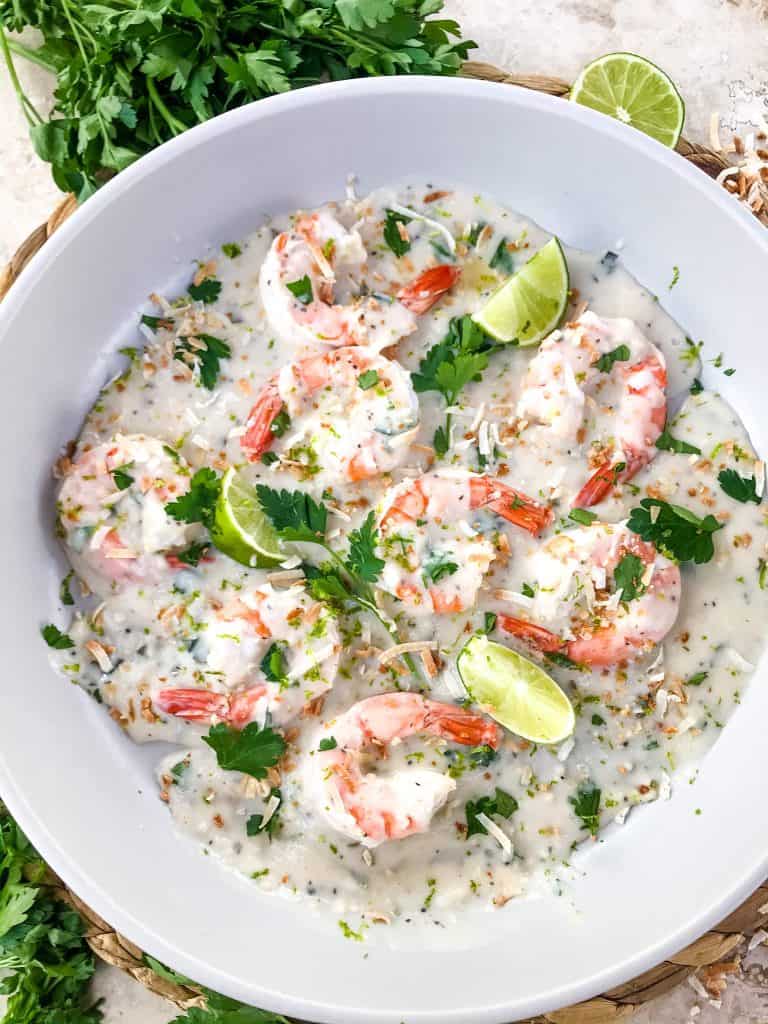 It is best to use the canned coconut milk for this coconut shrimp instead of the boxed kind for this recipe as they are very different. The boxed version is essentially thinned out with water to make it more suitable for drinking, which means less flavor in the same quantity. Find more of our coconut recipes here! 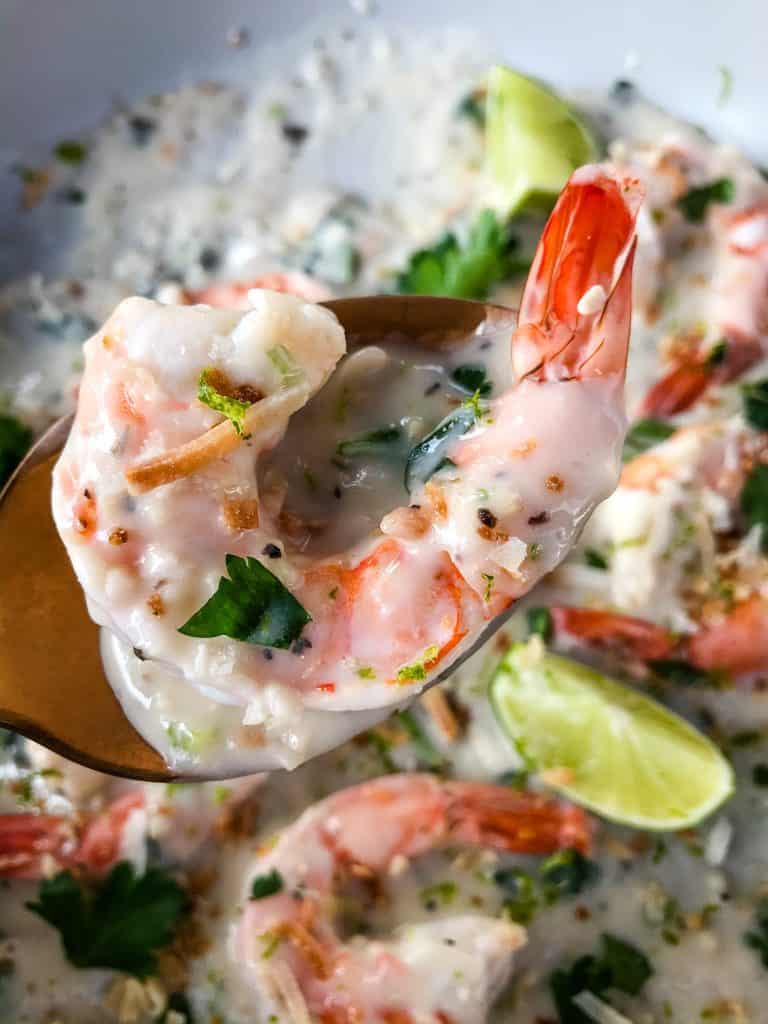 This easy shrimp recipe is ridiculously fast to make. And with how much flavor it packs, it will become a regular part of your recipe rotation. Simply make the sauce in a large skillet by cooking the coconut milk, lime, and garlic together. Add the shrimp to cook in the sauce – it only takes a few minutes! Finish it off with some fresh cilantro (if you are not a cilantro hater) and some lime zest. and you are ready to eat! 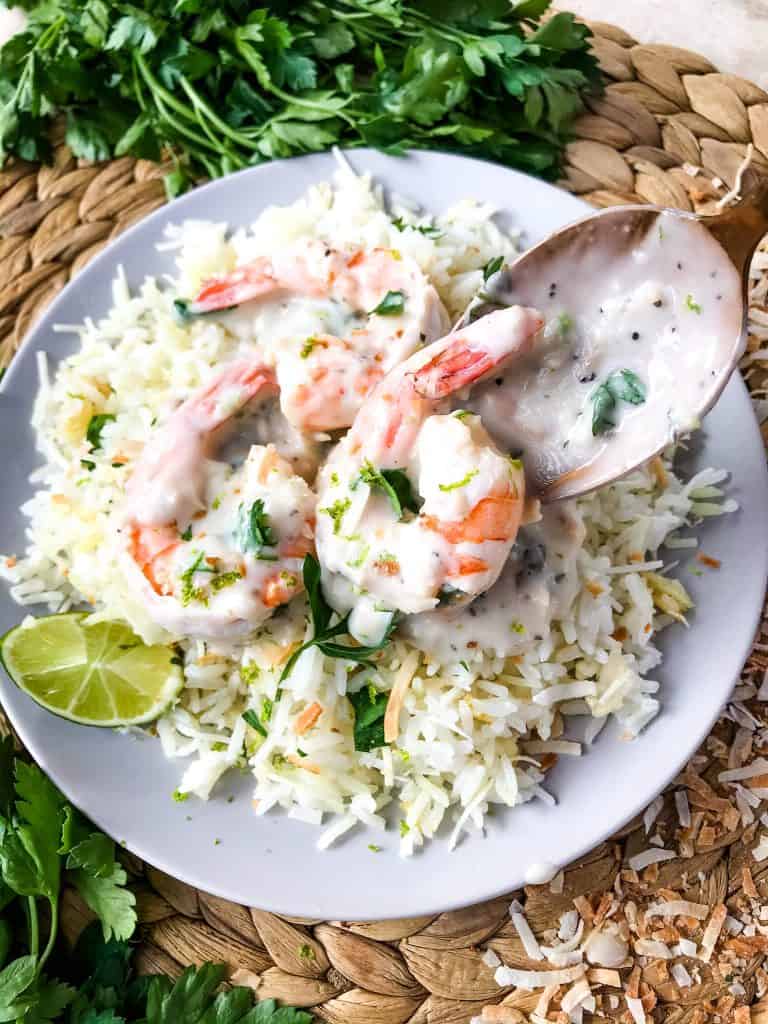 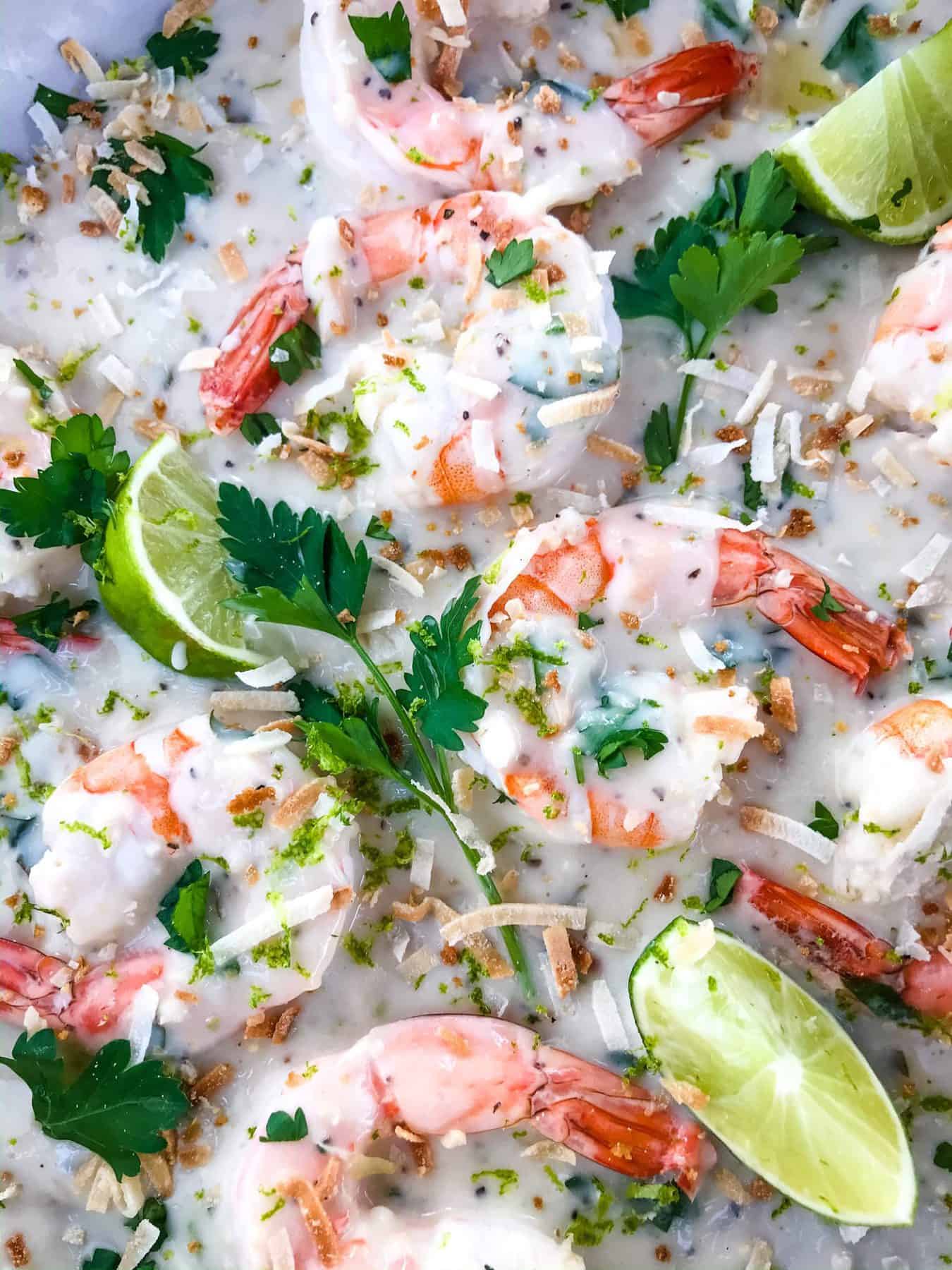 Canned and boxed coconut milk are very different. Boxed coconut milk is made for drinking and watered down. The canned is best here as it is thicker and has a much more concentrated flavor. If you want your sauce a little thinner, add 1/4 cup of chicken stock or water with the coconut milk. If desired, top with toasted coconut. Get it toasting before you start the shrimp so it is ready. Get instructions for toasted coconut here!