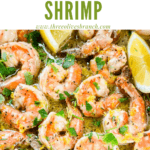 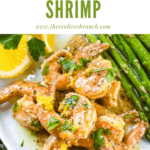 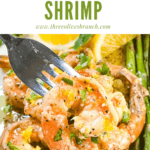 Lemon Pepper Shrimp are a perfect fast and easy dinner recipe with a lot of flavor!

The sauce was just SO good and SO easy that I knew it would be amazing with shrimp as well!

You can use any size of shrimp that you want for this recipe. I prefer something in the large to jumbo range.

There are a few things you want to keep in mind any time you are cooking with shrimp.

Shells – I prefer to buy shrimp that have already had their shells removed, as I do not cook shrimp with them on. And it is one less thing for me to do.

Deveining – What does this mean? Well, if a shrimp is de-veined, it has been cut down the outer edge of the shrimp and the black “vein” has been removed.

The “vein” is really the digestive track of the shrimp. So if you are eating shrimp that still have the “vein,” you are essentially eating shrimp poop.

Tails – Leaving the tails on looks very pretty, and I find them commonly sold with tails on. But you do have to remove the tails before eating. So it is easier to have the tails removed prior to cooking, unless you don’t mind pulling them off as you eat.

Pre-Cooked vs Raw – I almost never buy pre-cooked shrimp because I like to cook them in sauces and recipes directly. Pre-cooked is handy for things like shrimp cocktail.

Balancing the Lemon and Pepper

This seafood recipe is lemon-forward with the taste of black pepper at the back end.

If you want it to have some heat, add more black pepper, cayenne pepper, or hot sauce as desired.

While there is a strong lemon flavor, it is not as sour as you would think because the other flavors tame the sour.

How to Know When Shrimp is Cooked

When shrimp is overcooked, the texture is very rubbery.

When I cook shrimp I watch for color changes.

First, watch for the bottom half of the shrimp on the pan to start turning white instead of the clear, grayish color of raw shrimp.

When I see it get up almost halfway, close to where the shrimp is split down the back from the de-veining process, I flip the shrimp.

Then continue cooking and watch that crevice down the back of the shrimp. As soon as the very bottom of that valley or cut in the shrimp is white and no longer gray, I remove them from the heat.

Don’t leave the shrimp in the pan too long, as it will keep cooking. If you need them to sit for a moment, remove from the pan and put in a bowl to get away from the hot metal.

What to Serve with Lemon Pepper Shrimp

The lemon sauce is just screaming to be poured over anything and everything on your plate!

Looking for some inspiration of sides and other recipes that will go well with the shrimp? Here are some of our favorites! 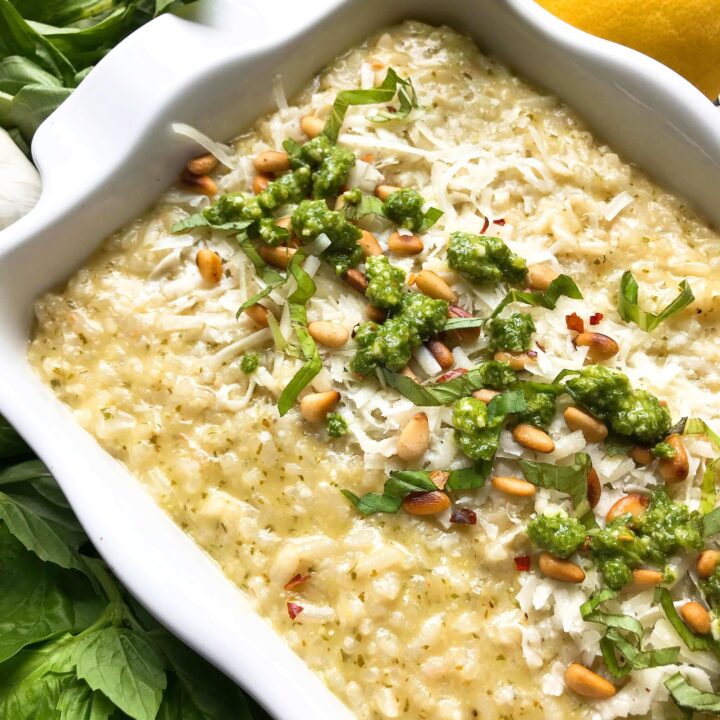 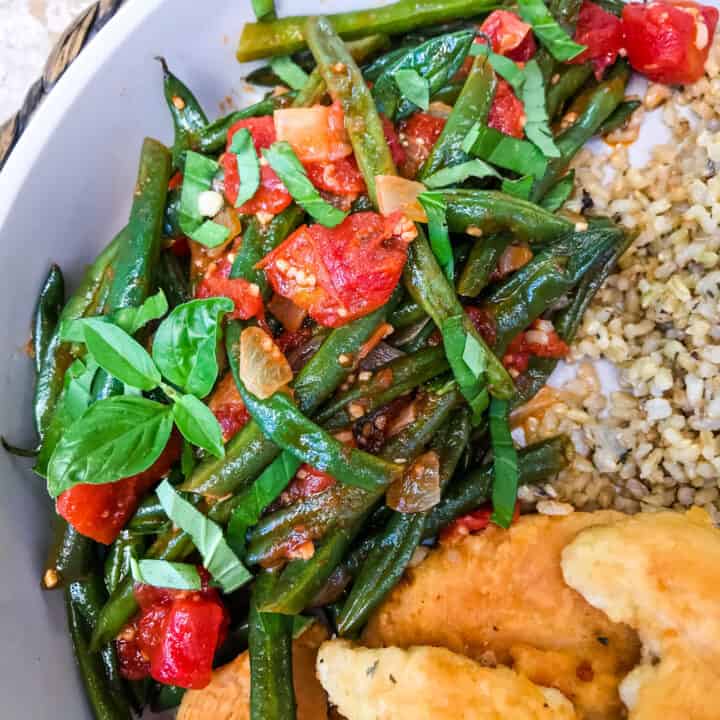 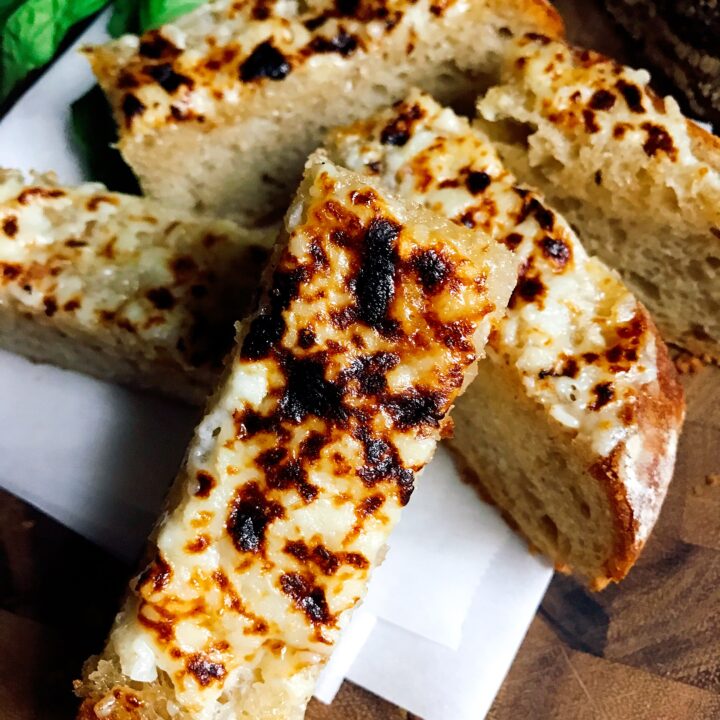 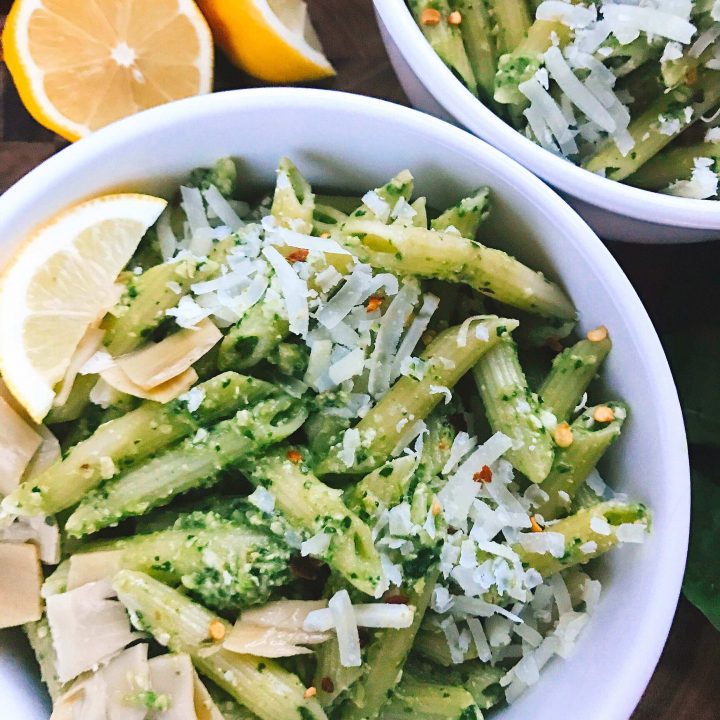 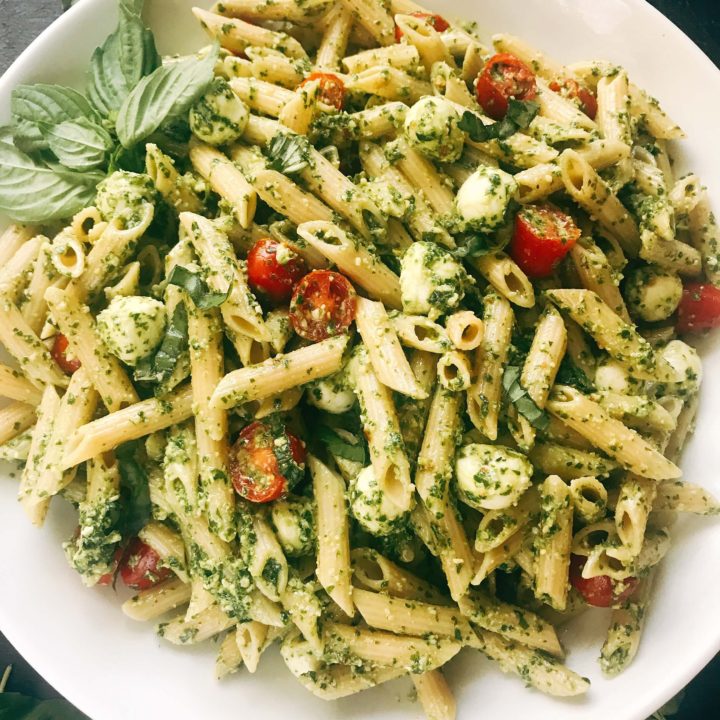 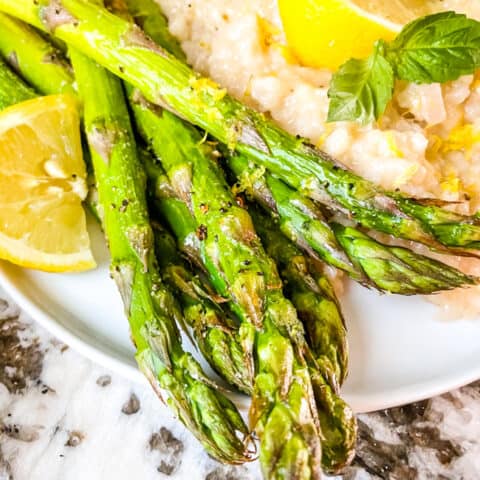 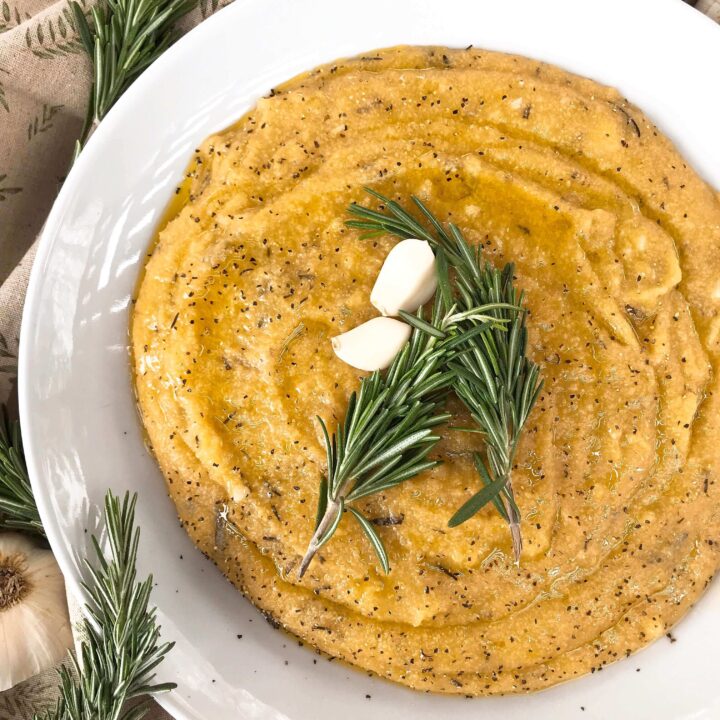 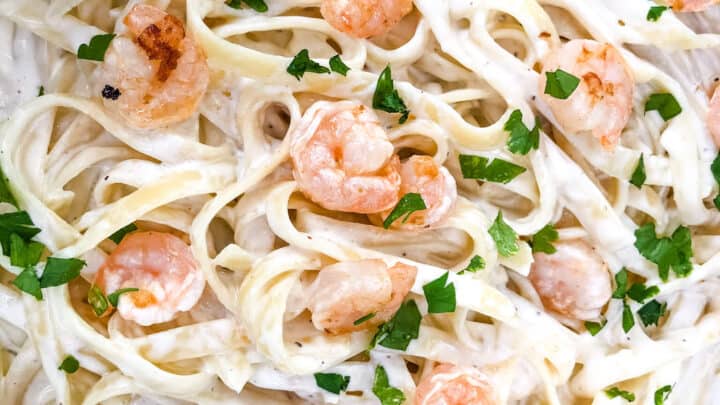 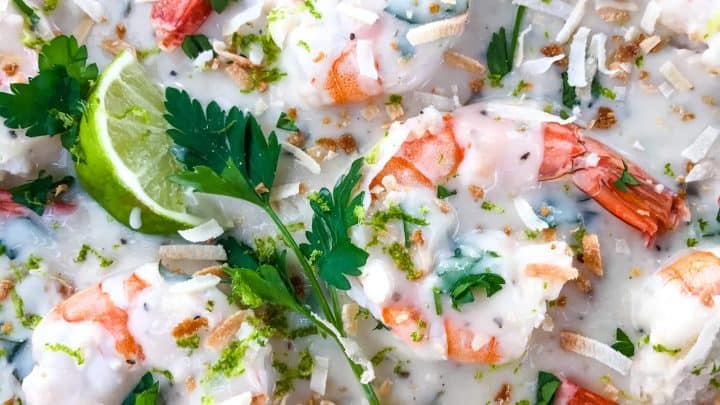 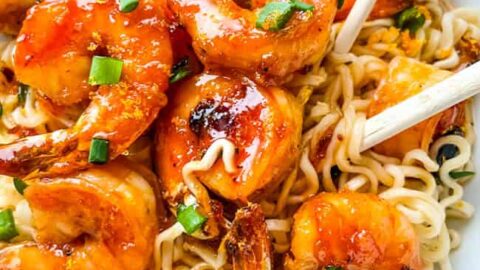 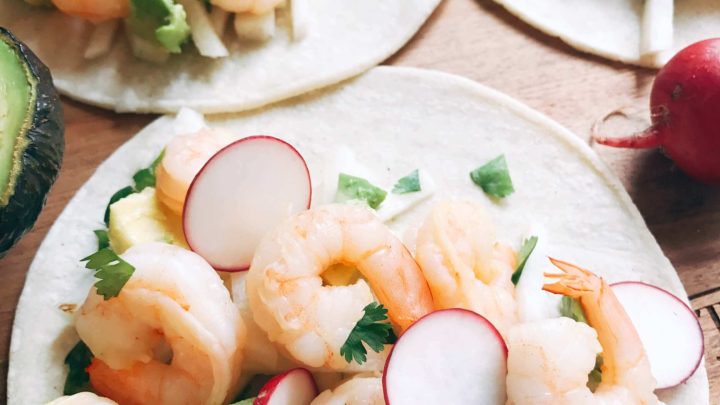 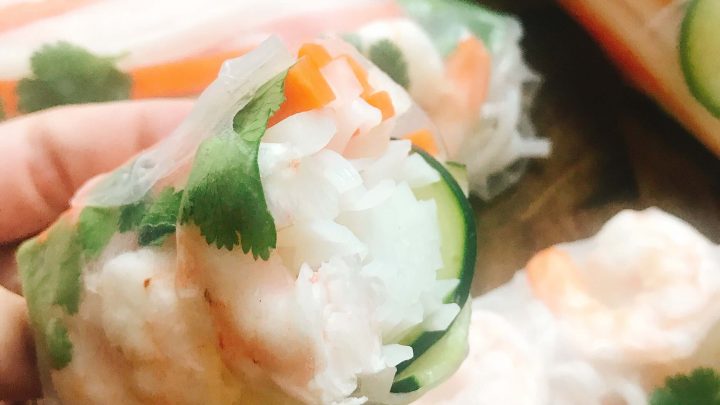 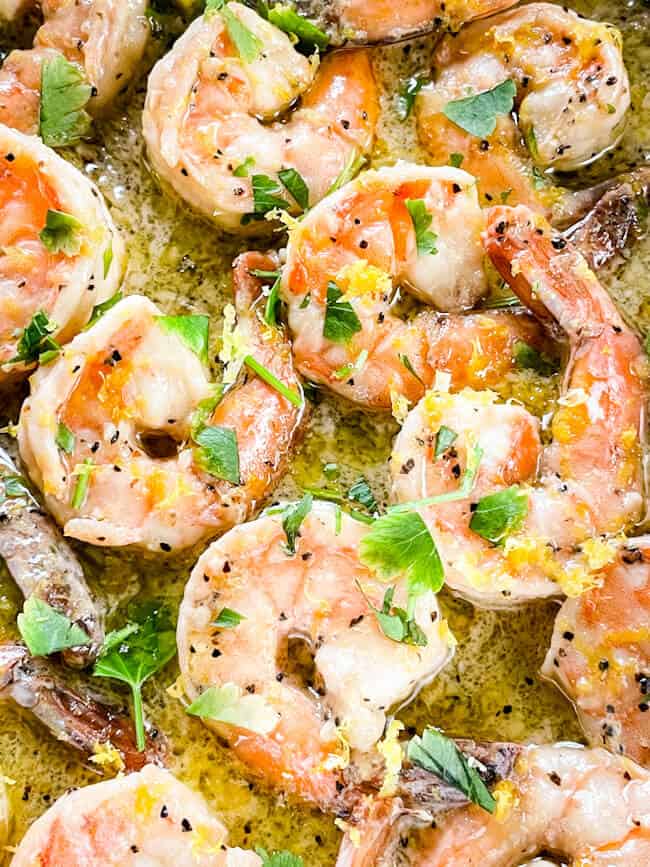 Fresh lemon juice is best. The shrimp cooks very fast so have everything else ready before starting the shrimp. If you want a thicker sauce, combine 1 Tablespoon of flour or 1/2 Tablespoon of cornstarch with a little water or sauce and add to the skillet before adding the shrimp.